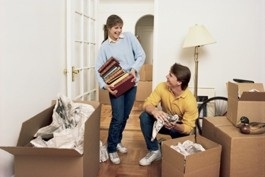 RISMEDIA, March 25, 2011—According to the latest Spending and Saving Tracker from American Express, more than two in five (41 percent) of Americans said that it’s a buyer’s market for real estate. However, over 61 percent agree that a seller’s market is at least a year away.

Other findings:
• Homeowner confidence on whether they would receive the asking price for their home is nearly evenly split—43 percent said they are confident they would; 47 percent are not very or not at all confident.

• However, many homeowners—39 percent—are not willing to settle for less than the asking price, even considering the tough real estate market, in contrast to 23 percent who are willing and 38 percent who are not sure.

• To sell their home in the current market, 44 percent of homeowners note that they would be interested in including appliances, while 28 percent would consider offering to make requested repairs or allowing an allotment for repairs.