Consumers Have the Motivation – But Lack the Money for Home Improvement 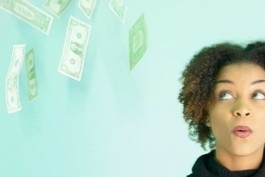 RISMEDIA, March 29, 2011—The arrival of spring brings not only warmer weather, but also spring cleaning and the undertaking of do-it-yourself (DIY) home improvement projects. Much to the chagrin of home improvement stores, the DIY home improvement market has seen a 21 percent decline from 2005-2010 according to latest research from Mintel, and more than a quarter (28 percent) of DIYers say they would like to undertake a major renovation or addition to their home, but they just don’t have the funds.

Surprisingly, the percentage of high-income consumers who can’t afford renovations is even higher. Thirty-two percent of DIYers in households making between $75-99.9K say they lack the money to undertake a major home improvement project. Meanwhile, 17 percent of those surveyed who have completed a DIY project in the last year say they lack the skills to tackle a major renovation and 12 percent say they don’t have the proper tools.

“When the housing market collapsed many consumers chose to make minor improvements to their homes instead of pursuing large, complicated renovation projects that would drain their wallets,” says Bill Patterson, senior analyst at Mintel. “However, positive fourth-quarter sales suggest a thawing in consumer spending and the release of some pent-up demand.”

According to Mintel research, despite their monetary shortcomings, consumers have a positive view of home improvement projects. In fact, 39 percent of DIYers say making a major home improvement is the best long-term investment they can make.

“We forecast growth to accelerate in 2011 and, presuming a stabilization of the housing market, to remain positive through 2015,” adds Bill Patterson. “Pent-up demand, ongoing need for repair and maintenance, retro-fitting, and renovations from Boomers approaching retirement and demand from Millennials should all propel DIY spending.”

Furthermore, 61 percent of consumers say they’ve completed a DIY project in the last 12 months and the average respondent has undertaken a little over four projects.