Alternative Ways to Pay Off Your Mortgage Early 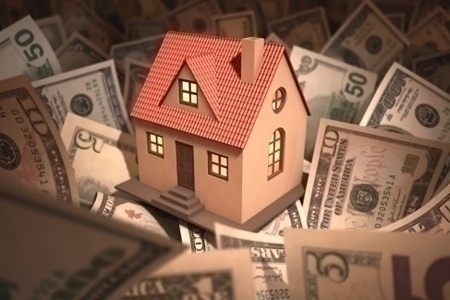 (MCT)—A standard, fully amortizing mortgage pays off the balance over the term. With a 30-year term, this requires 360 monthly payments, while a 15-year term requires 180 payments. Many lenders, however, offer special loan repayment programs that promise to pay off the balance before term, without imposing much of an added burden on the borrower. Here are the most common of these schemes, as well as an alternative that borrowers can adopt on their own.

BIMONTHLY PAYMENT PLANS: On a bimonthly payment plan, the borrower’s monthly payment in split into two pieces of equal size, one due on the 15th of the month and the other on the first. While the borrower makes 24 payments a year instead of 12, they add to the same total. However, the lender credits the half-payment on the 15th to the balance on that day, which reduces the interest due on the first of the month.

There isn’t anything wrong with the bimonthly mortgage, provided that paying twice a month is convenient and you don’t give up anything of value to get it. Readers have reported to me that loan officers touting the bimonthly have told them that the term would be reduced to 23 or 24 years, which is nonsense. You can check this out yourself with a spreadsheet on my website called “Extra Payments on Bimonthly Payment Fixed-Rate Mortgages.”

This spreadsheet also allows you to assess the impact of additional bimonthly payments, which some borrowers might find an attractive option. As an example, the borrower with a $200,000 mortgage at 4 percent who pays $477.42 twice a month gets to a zero balance just half a month early. But if the borrower rounds off the payment to $500, payoff occurs after 659 payments, or 30.5 months early.

This results in a significant shortening of the term. For example, the 4 percent, 30-year loan converted to a biweekly pays off in 310 months — or 25 years, 10 months. The reduction in payoff period is due entirely to the extra payment every year. Payments are credited monthly, not biweekly, so there is no intra-monthly interest savings comparable to that on a bimonthly.

Note that the benefits of any extra payment program increase with the level of interest rates. Using the same example, the payoff period is 286 months at 7 percent compared to 310 months at 4 percent. All these numbers on biweeklies are drawn from another spreadsheet on my site titled Biweekly Mortgages.

ROLL YOUR OWN EXTRA PAYMENT PLANS: Borrowers who like the idea of accelerating the payoff need not pay extra for the privilege; they can do it themselves. By increasing their monthly payment by 1/12, they will pay off in about the same time as a standard biweekly. At 4 percent, payoff is one month later, while at 7 percent it is one month earlier.

The major difference between a plan administered by a lender and one administered by the borrower is that the first is mandatory, providing a discipline that some borrowers may value. Doing it yourself means that you don’t have to do it, which is an advantage to some but a drawback to others.

Jack Guttentag is professor emeritus of finance at the Wharton School of the University of Pennsylvania. Comments and questions can be left at http://www.mtgprofessor.com.