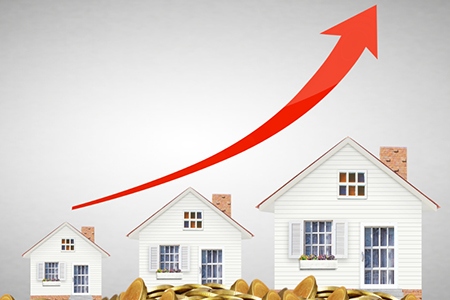 As the year draws to a close, housing continues to recalibrate and the Midwest maintains its impressive trend, according to Clear Capital’s December 2015 HDI Market Report. November’s data shows Detroit up 135 percent from the trough, with other regional MSAs demonstrating strong growth. In January Clear Capital predicted that the Midwest would be a frontrunner this year for both homeowners and investors, and the region’s small percentage point gains, subsiding losses, and decreased volatility indicate steady improvement that is reflective of the greater recovery.

“As we approach the end of the year, the state of American housing is as we thought 2015 would play out—a wait-and-see year,” says Alex Villacorta, Ph.D., vice president of research and analytics at Clear Capital. “The slow moderation of home prices back to historical rates of growth is the most defining attribute of the market over the year. Although housing continues to stabilize, there is still significant variability in individual market performance. For example, some Midwest markets still have a ways to go to return to their pre-bust levels, while other Western markets are seeing all-time highs. Perspective remains key.”

The peak real estate season has come and gone, and with it national home price appreciation has dropped 0.1 percentage points, from 0.9 percent to 0.8 percent over the quarter. The South has followed suit, mirroring the nation’s moderating gains exactly.

The West rose from 1.0 percent to 1.2 percent growth over the quarter, continuing its pattern of outpacing the rest of the nation. Clear Capital will continue to watch the West closely, asking ourselves if this region—identified by bubble-like behavior—will fall as quickly as it appears to be rising.

“Several MSAs reflect an interesting growth phenomenon uncharacteristic for this time of the year,” Villacorta says. “This upward trend is encouraging, but we must remember that gains are as much a function of how low prices have fallen as they are a sign of stabilization and outperformance. Investors and consumers alike could also be pushing upward pressure on demand as they rush to purchase existing inventory at current rates before an anticipated rate hike from the Fed arrives later this month.”

Providence, R.I.—a mainstay on the list of lowest performing markets until October—has seen a huge increase in growth, jumping from -0.8 percent quarterly growth in October to 3.1 percent in November. Gains of this magnitude are more expected during the early spring season, when markets typically gain momentum leading into the peak summer season.

While these increases are notable, bringing Cleveland 52.3 percent and Detroit a whopping 135.1 percent above trough, don’t be blindsided by the numbers. Cleveland is still -37.1 percent below peak while Detroit is -39.3 percent, demonstrating that both MSAs still have a long road to recovery ahead.