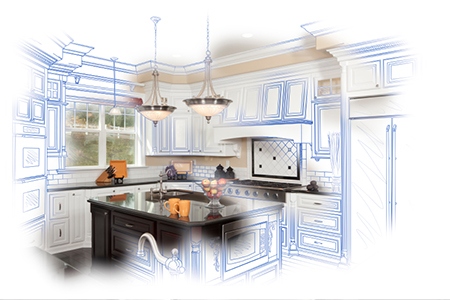 Homeowners preparing to sell often make improvements, both big and small, to their homes that can help yield positive results and garner top dollar from buyers. According to a new report from the National Association of REALTORS®, remodeling projects can also bring major benefits to homeowners who choose to remain in their homes.

According to NAR’s 2015 Remodeling Impact Report, which uncovers the reasons homeowners choose a remodel and the increased happiness certain projects bring once completed, 64 percent have experienced increased enjoyment in their home after completing a remodeling project. Additionally, 75 percent of respondents says they felt a major sense of accomplishment when thinking of their completed project. Fifty-four percent of respondents felt happy about the changes to their home, and 40 percent felt satisfied. As for their reasons to complete a remodeling project, 38 percent of homeowners says they wanted to upgrade worn-out surfaces, finishes and materials; 17 percent wanted to add features and improve livability; and 13 percent believed it was time for a change.

“REALTORS®know that certain home upgrades and remodels can be beneficial to get more buyer eyes on a property, potentially bring in more offers or gain more equity from a home,” says NAR President Tom Salomone. “But remodeling projects are just as valuable to homeowners who simply want to get more joy out of their dwellings. Regardless of the situation, REALTORS®know what remodeling projects bring the biggest bang for the buck and what projects are most likely to improve a homeowner’s impression of their current place.”

Exterior projects are also important for both sellers and homeowners looking to increase satisfaction with their current home. REALTORS®say new roofing, new vinyl windows, new garage doors and new vinyl siding are most appealing to potential buyers and are highly valued upon resale (both considering project price and disregarding project price). Upon resale, REALTORS®say new roofing would recover 105 percent of its project cost, a new garage door would recover 87 percent, new vinyl siding would recover 83 percent, and new vinyl windows would bring back 80 percent of their cost. As for exterior projects that bring the most happiness for those not necessarily intending to sell, homeowners says new fiber-cement siding, new fiberglass or steel front doors, new roofing, and new garage doors brought the most satisfaction.

“Remodeling projects can greatly improve both the value of and satisfaction with one’s home, which are great things no matter the reason for a project,” says Judy Mozen, president of the National Association of the Remodeling Industry. “This report highlights the best projects to consider in either situation and showcases just how much of a difference a good and professional remodel can make in real numbers.”

Salomone says it’s important that the report not only assist homeowners who are preparing to sell in choosing the best projects to attract buyers, but also helps those looking to get more personal satisfaction out of their homes. “REALTORS®know that remodeling projects aren’t just done to get more money for a home once it’s time to sell – a home is your sanctuary, the place you raise your family and where you make lifelong memories, which is why it’s great the report can also help consumers decide which projects can most enhance their current quality of life and happiness,” he says.