Survey Says: Homeownership Is a Sound Investment—If You Can Afford It

Hand holding a house key in front of a large house. The keyring has a house shaped icon on the end and is shiny silver colour. The house has a tree in front of it. The keyring house icon is dangling down. Close up with shallow focus. New house concept.

The majority of Americans believe in the wealth-building potential of homeownership, but many are struggling to reconcile the outcome with its cost, according to a new survey by the National Association of REALTORS® (NAR). 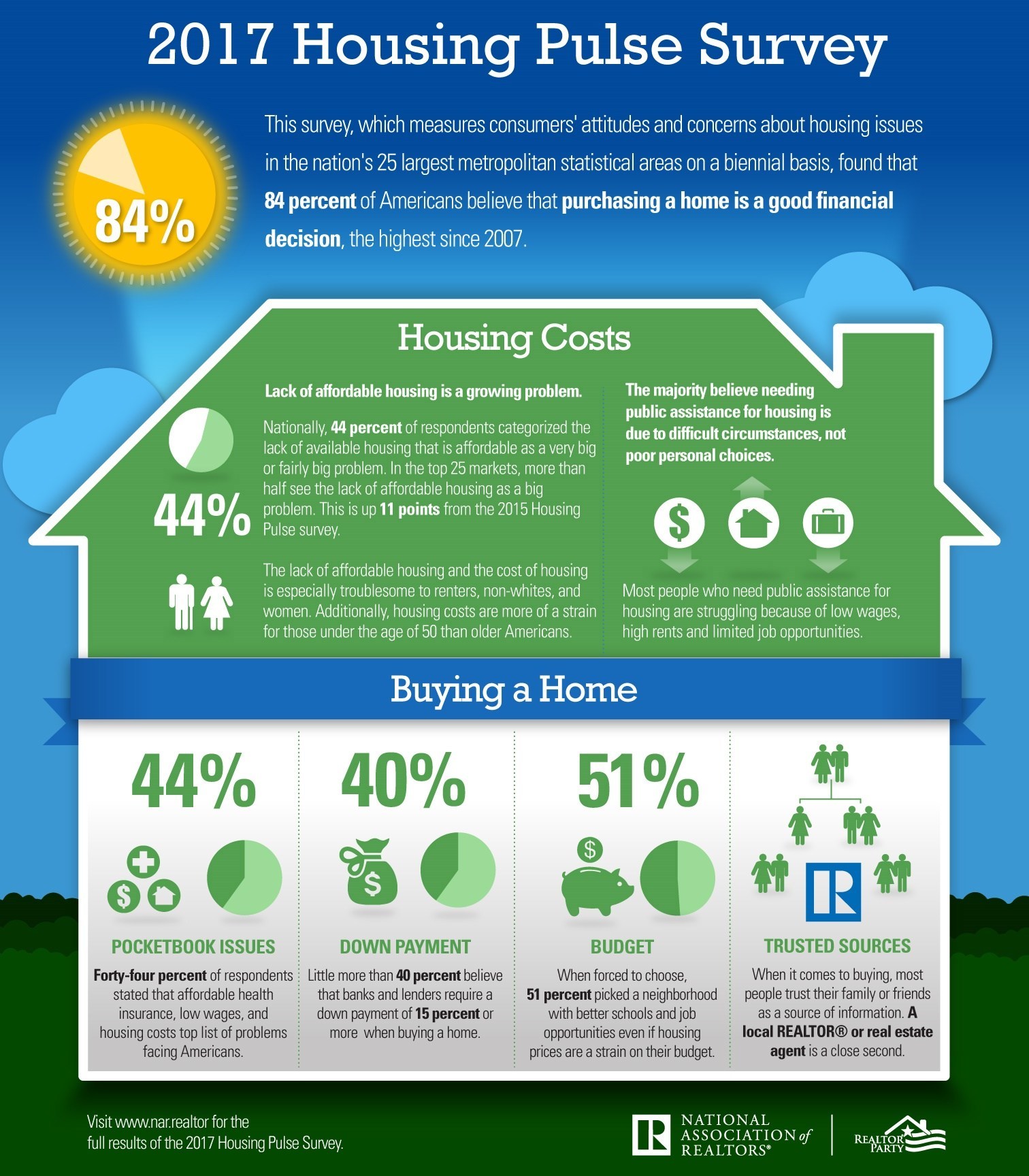 Eighty-four percent of survey respondents in NAR’s 2017 National Housing Pulse Survey view owning a home as “a good financial decision,” but 60 percent are also concerned about costs, now and in the future. Affordability, in fact, was identified by respondents as one of their top five challenges, ahead of employment security. Forty-four percent of respondents report the lack of affordable housing in their community as a “big” or “fairly big” issue. Markedly, non-white and unmarried respondents were more likely to label the issue “big,” as well as low-income, renter and young women respondents.

Concerns are being magnified by current housing expenses, and the myth that significant savings are needed for a down payment. Forty percent of respondents report that their mortgage or rent is a burden, and an identical share, particularly older individuals and those in larger locations, believe they need to put 15 percent or more down on a home.

Eighty percent of survey respondents, however, view owning a home as an avenue to equity, and 50 percent view it as a means to ensure a stable environment for children, as well as a secure neighborhood.

“Despite the growing concern over affordable housing, this survey makes it clear that a strong majority still believe in homeownership and aspire to own a home of their own,” says NAR President Bill Brown. “Building equity, wanting a stable and safe environment, and having the freedom to choose their neighborhood remain the top reasons to own a home.”

8 Gadgets to Invest in for Your Real Estate Business

Forging a Digital Frontier for Agents and Brokers