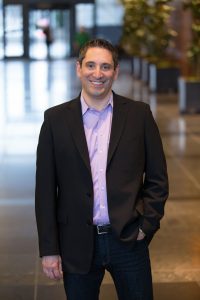 Doctorow joins Move from eBay, where he served as Head of Global Growth, eBay Marketplaces, since 2016. He previously was chief marketing and strategy officer at Expedia.

Doctorow succeeds Tracey Fellows, who has served as Move’s interim CEO since June. He will report to Fellows in her capacity as News Corp’s president of Global Digital Real Estate, a role she assumed in January 2019, after serving as CEO of REA Group, a leading digital real estate business in Australia and Asia, in which News Corp has a 61.6 percent stake. REA Group has a 20 percent stake in Move.

“David is a thoughtful, dynamic leader with vast experience in contemporary digital commerce, and thus the ideal individual to take charge at Move, whose audience growth is significantly outpacing that of the nearest competitor,” said Robert Thomson, chief executive of News Corp, in a statement. “Realtor.com is the preeminent marketplace for consumers and real estate professionals, and David’s digital drive and his marketing savvy will enhance the company and the industry for years to come.”

Since the creation of the new News Corp in 2013, digital real estate revenues have more than tripled, with the segment approaching $1.2 billion in Fiscal Year 2019, according to the company. Segment EBITDA has more than doubled during that time, accounting for 31 percent of reported Total Segment EBITDA for News Corp in Fiscal Year 2019. Realtor.com has more than doubled the number of unique users since its acquisition by News Corp in 2014. For the first quarter of Fiscal Year 2020, ending Sept. 30, News Corp reported that there was an 18% year-over-year increase in traffic on the site, growing faster than that of its nearest competitor.

“I have greatly enjoyed my time working so closely with the team at Move, and I am thrilled that our search for the next CEO led us to David Doctorow, who I know is destined to lead realtor.com into an ever more prosperous future,” said Fellows.

“I am grateful for the opportunity to join the team at News Corp and to lead Move, Inc., where we have the privilege of helping real estate professionals match buyers and sellers as they make one of the most important personal and financial events of their lives. I am looking forward to working with the strong Move team to take the business to the next level,” said Doctorow.

Doctorow helped eBay through a successful turnaround in recent years, leading a versatile global team and implementing significant marketing tech and workforce advancements at the company. eBay was named one of the 10 top-rated workplaces of 2019 by Fast Company magazine.

Before his time at Expedia, where he also led a large team in building the business on a global scale, Doctorow worked as an executive in the marketing and sales practice at McKinsey & Company and as director of Global Marketing Strategy and Operations at the Hewlett-Packard Company. He was named one of Top 50 CMOs to Watch by Boardroom Insiders and a Forbes Top 50 Most Influential CMO. He has a BA in International Relations from the University of Pennsylvania, and an MBA from Stanford University Graduate School of Business.

Doctorow will be based at Move’s Santa Clara, Calif., headquarters.

5 Ways to Earn Referrals This Autumn

The Glengarry Guide: Is Coffee Truly for Closers Only?

Leading By Example: Tips and Techniques