Home Values Expected to Rise through 2018 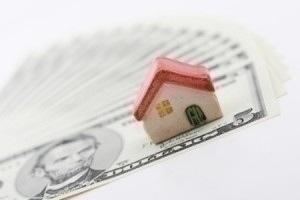 A majority of more than 100 forecasters says they expect large-scale investors to sell off the bulk of homes in their portfolios in the next three to five years, boosting inventory and potentially contributing to a smoother market ahead, according to the latest Zillow® Home Price Expectations Survey. On average, panelists also say they expected nationwide home value appreciation of 4.5 percent this year, with a steady slowdown in appreciation rates each year through 2018.

The survey of 110 economists, real estate experts and investment and market strategists asked panelists to predict the path of the U.S. Zillow Home Value Indexi through 2018 and solicited opinions on investor activity and federal monetary policy. The survey was sponsored by leading real estate information marketplace Zillow, Inc. and is conducted quarterly by Pulsenomics LLC.

Throughout the recovery, large-scale investors have purchased thousands of homes nationwide, particularly lower-priced vacant and foreclosed homes, fixing them up and keeping them in their portfolios as rental properties. This investor activity helped put a floor under sales volumes during the depth of the housing recession, but also created competition for many would-be buyers and contributed to rapid price spikes in some areas.

Panelists were asked to assess the impact to the market if these institutional investors were to significantly curtail their activity this year. Among those panelists expressing an opinion, 79 percent says the impact would be significant or somewhat significant. Panelists were also asked when they thought these investors will have sold the majority of homes in their portfolios. Among those with an opinion, 57 percent says they expected this to occur in the next three to five years.

“Real estate investors, both large and small, played a crucial role in helping to stabilize markets during the darkest days of the housing recession, but a decline in investor activity now isn’t necessarily a bad thing, and could have real benefits for buyers,” says Zillow Chief Economist Dr. Stan Humphries. “Buyers entering the market in the next few months will not be competing with cash-rich investors like they were last year which should be some small solace given the higher prices and mortgage rates that they will encounter. The gradual decline of investor activity should be viewed as another sign of the market slowly returning to normal, and I agree with the panel’s expectations that there will not be a rush for the exit by institutional investors.”

Panelists were also asked when the Federal Reserve should end its ongoing stimulus efforts, known as “quantitative easing.” Since September 2012, the Fed has been purchasing tens of billions of dollars worth of Treasury bonds and mortgage securities each month, which has helped keep mortgage interest rates low and stimulate demand. The program is now being wound down.

“Mortgage rates have been riding a rally in U.S. Treasury securities caused by volatility in emerging markets in recent weeks, so the impact of Fed tapering on the housing market has been minimal thus far,” says Pulsenomics Founder, Terry Loebs. “More than 70 percent of the experts want to see the monetary stimulus reduced to zero before the end of this year, and the current pace of tapering will get us there. Of course, whether Janet Yellen’s Fed will maintain the current pace as new economic challenges arise remains an open question.”

Appreciation Expected to Normalize through 2018

On average, panelists says they expect nationwide home value appreciation of 4.5 percent through the end of this year, a pace that exceeds historically normal annual appreciation rates of around 3 percent. This appreciation is expected to slow to roughly 3.8 percent in 2015 and 3.3 percent by 2018, rates much more in line with historic norms.

Based on current expectations for home value appreciation during the next five years, panelists predicted that overall U.S. home values could exceed their April 2007 peak by the first quarter of 2018, and may cross the $200,000 threshold by the third quarter of 2018.

The most optimistic groupii of panelists predicted a 5.6 percent annual increase in home values this year, on average, while the most pessimisticiii predicted an average increase of 3.4 percent. The most optimistic panelists predicted home values would rise roughly 10.6 percent above their 2007 peaks by the end of 2018, on average, while the most pessimistic says they expected home values to remain about 4.5 percent below 2007 peaks.