Real Estate Investment Clubs for Fun and Profit, with Luck 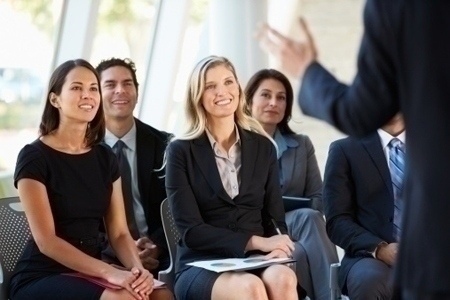 (MCT)—Kimberly and Edward Rushing’s fledgling real estate investment venture got off to a rocky start.

Seven years ago, at the height of the housing market, the young couple bought a home they intended to fix up and flip in San Bernardino County, Calif.

“As soon as we bought it,” Kimberly Rushing says, “the market crashed.”

They realized, however, that there was an upside to a down market. They began attending events at real estate investment clubs. Listening to speakers and meeting mentors and potential partners, they learned the nuts and bolts of property investing and formed long-lasting connections.

“It was everything,” says Kimberly Rushing, 29, who runs the couple’s real estate investments while her husband is deployed as a Marine captain in Afghanistan. “Neither of us could have done it without the clubs.”

With the housing market improving and the prevalence of social media, real estate investment clubs are proliferating. Events, typically held once a month, attract a variety of professionals, including accountants, tax lawyers, real estate agents and a mix of old-time and newbie property investors, flippers and landlords alike.

For a small fee at the door that costs less than a couple of cocktails, the evening includes a social hour, an economics and housing market update, a quick plug from a sponsor or two, the featured speakers, then more networking later.

Many clubs, like those the Rushings have attended, focus on education and networking, rather than pooling members’ money for the club to invest.

Other clubs, however, are set up to promote a particular investment program or product. There, prices can run into thousands of dollars, and attendees might be pressured to sign up for other, more expensive courses.

“My advice to somebody who’s looking to go to a club: Be aware that any event you go to, there’s very likely going to be somebody there who might be pitching you,” he says. “No. 1 is always leave your wallet at home. There’s no easy way to make money in real estate. There’s no ‘get rich quick.’ ”

Investors attending recent meetings of such clubs says the events have offered them a chance to learn from experienced speakers, meet lenders or eventual partners and pick up everything from tax tips to referrals for roofers.

“Old-time landlords and newbies need to talk to each other,” says Steve Dexter of Laguna Beach, Calif., as he waited for an Orange County investors association meeting in Costa Mesa, Calif., to begin one evening in March.

Although experienced investors have money to spend, Dexter says, “Old-timers don’t want to go out there and tear up the landscape looking for deals.”