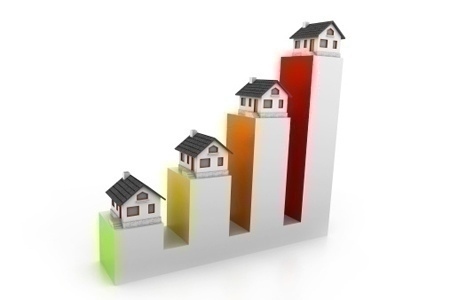 More than 100 housing economists and experts participating in a recent quarterly survey expect nationwide home values to appreciate 4.4 percent through the end of this year. The most optimistic group of panelists predicted a 5.8 percent annual increase in home values this year, on average, while the most pessimistic predicted an average increase of 3.2 percent.
Panelists said they expect home value appreciation to slow to 3.8 percent by the end of 2015, on average, and to 3.4 percent through 2016. During the pre-bubble years from 1987 to 1999, home values grew at 3.6 percent per year.

The second quarter findings represented a slight decline from the first quarter survey, when the expert consensus called for a 4.5 percent price increase in 2014.

“After narrowing over the past year, in this quarter, the spread between the forecasts of the most optimistic and pessimistic groups not only expanded, but widened by a degree we have not seen in the four-year history of this survey,” said Terry Loebs, Founder of Pulsenomics.
“These data are consistent with a growing uncertainty about how and when conditions in U.S. housing markets will normalize. Time will tell whether Washington’s unfolding plan to expand mortgage credit will have a durable, positive impact on home values, housing confidence, and market expectations.”

Experts were split on the root causes of mounting housing affordability concerns in several large housing markets nationwide. Panelists were asked to identify the primary cause of declining affordability from a list of five choices. Responses that gained the largest support among those with an opinion were stagnant income growth (28 percent), abnormally high rates of home price and rent appreciation (27 percent) and an abnormally low supply of homes currently available for sale or rent (21 percent). Many also pointed to a generally insufficient number of homes (13 percent) and tight credit (11 percent).

Those panelists who indicated that abnormally high rates of home value and rent growth were most to blame for decreasing affordability were also asked if those price spikes might risk inflating a new bubble. More than 90 percent of respondents said these price spikes were either already inflating a bubble, or had a moderate to high risk of inflating one.

“Given all of the distortions currently affecting the housing market, one could probably make the case that things could, and maybe should, be a lot worse. We’re certainly in a better spot than we were just a couple years ago, but the housing market remains far from anyone’s definition of ‘normal,’” said Zillow Chief Economist Dr. Stan Humphries. “Inventory is being held back by stubbornly high negative equity, which means supply can’t keep up with demand, in addition to low rates of new home construction. Additionally, many more would-be buyers are stymied by tight credit or an inability to save for a down payment. And finally, despite a generally improving economy, incomes have not risen at the same level as home values and rents, leading people to spend an ever-larger share of their pay on housing. It will take years for these issues to either be adequately addressed through policy, or to naturally work themselves out of the market.”

The survey of 106 economists, real estate experts and investment and market strategists asked panelists to predict the path of the U.S. Zillow Home Value Index through 2018 and solicited opinions on the main cause of declining home affordability. The survey was sponsored by leading real estate information marketplace Zillow, Inc. and is conducted quarterly by Pulsenomics LLC.