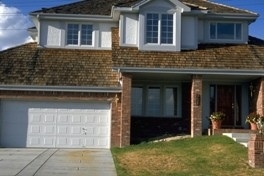 RISMEDIA, July 20, 2007–For real estate professionals there are lessons to be learned from every changing market condition; especially a housing bubble. The question is, will they? For a great many agents who have never experienced anything other than the recent feeding frenzy, this is the first time they’ll be learning them and for the rest who have “been there before,” it’s a time to reflect on the last time through the cycle and add the new lessons learned.

The housing bubble expanded in the first few years of the 2000s, especially in the coastal areas, the southwest and the highly populous areas. A bubble is basically a period during which a mania for home buying occurs.  In this instance it included a rapid increase in housing prices due to historically low interest rates and generally poor lending standards.

Bubbles are usually hard to identify beforehand, not widely accepted during the upswing but easy to detail with hindsight. Retrospection is remarkable, isn’t it?

So in light of the current declining real estate market, including overall lower sales, rising inventories, longer time on market and increasing foreclosure rates, we can easily look back and summarize the housing bubble as follows:

2005–ongoing: Crash or Soft Landing
The housing boom ended at different times for different cities and states, but generally speaking, the market stalled in the summer of 2005. In 2006 we saw sliding sales volumes almost everywhere and reality hit at the end of the first quarter when the National Association of Realtors® announced that national home sales and prices both fell dramatically in March 2007 — the steepest plunge since 1989.

The Effect of Bubble Trouble
Many areas of the country have experienced varying levels of bubble trouble.  The legacy left behind varies from city to city. Overall, here’s what happened:

These steps obviously did not apply everywhere or exactly in that order but living in an area with numerous foreclosures, multiple home buying speculators or even a few ruined developments had a major impact on neighboring existing home prices. On the flipside, certain places had little or no risk of housing price declines due to a strong local economy and a growing job market underpinning that specific housing area.

So here we are at this moment in time in the midst of a correcting market – let’s end with the question we started with. What lessons have or will you learn and carry forward with you to ensure that you will be a better and smarter broker and/or agent in the future, capable of serving the consumer more intelligently and more professionally?

Acknowledgement:
Be more knowledgeable about the trends, change and new business models. Make sure that every year you get your copy of The Swanepoel TRENDS Report, the #1 publication detailing the top 10 trends shaping the real estate industry. Visit www.ReTrends.com and use the promo code RIS2007 for a 10% discount and free shipping to get your copy of the 2007 edition.