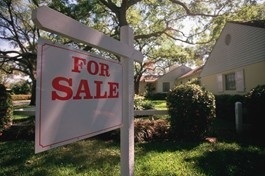 Mortgage buyer Freddie Mac reported recently that the average interest rate on a 30-year fixed-rate mortgage in the U.S. slipped to 4.69%, down from 4.75% last week. A year ago the rate was 5.42%.

However, many consumers are taking a pass on the opportunity to purchase homes, which also have come down in cost during the real estate slump, regardless of low interest rates.

“We can talk about the lowest rates ever, but if there’s no one looking to buy a house, then it’s not of any great use,” said University of Wisconsin-Whitewater economics professor Russell Kashian. “Generally in the economy, this isn’t going to have a huge impact.”

Bank Mutual chief executive Michael T. Crowley Jr. put it this way: “If somebody had a good job and felt they were going to be spared anything bad happening to their work environment, it’s a great time to buy and lock in that price and interest rate as well. The trouble is, like everything else in life, when you can least afford it is when some of these opportunities present themselves.”

Interest rates have been trending down over the past couple of months as investors concerned about world affairs and the economy have sought the safety of Treasury bonds. That has pushed down yields on the bonds and mortgage rates tend to track with Treasury yields.

After getting a boost late last year and this spring from special economic stimulus tax credits, the housing market has begun to slow down, Freddie Mac and local real estate pros said. To be eligible for a tax credit of up to $8,000 for first-time buyers and $6,500 for move-up buyers, consumers had to have a signed contract to purchase a home by April 30 and then close before July 1.

“We’re kind of in a lull period that everyone knew was going to come after the tax credits ended, and now it’s just waiting until the market kicks back in and supply and demand are more in balance,” said Mike Ruzicka, president of the Greater Milwaukee Association of Realtors.

There could be more mortgage refinancing than home-buying prompted by the lower rates, but that appears to vary from lender to lender.

After sporadic surges in refinancing in 2005, 2006, 2007 and part of 2008, many people have already obtained mortgage rates lower than 5%, Crowley said. It might not be worth it to many people to pay closing and transaction costs to shave some dollars off the monthly payment, he said.

“And some of them have met hard times, and maybe their credit report doesn’t look as good as two or three years ago, or maybe they lost their job or there’s some other stress going on,” Crowley said. “So some of them are reluctant to expose themselves to another underwriting process.”

But Brian Wickert, president of Accunet Mortgage in Butler, said refinancing activity has been brisk as rates have ratcheted downward. Wickert said, however, that anyone thinking of refinancing needs to consider how closing costs, which normally are about $1,300 in Wisconsin, and paying points would change the ultimate expense. Some mortgage lenders hype the low rates in advertising but fail to mention their transaction costs, he said.

“When it comes to mortgages, the rate is the bait and the closing costs are the hook. A borrower really has to pay attention to both when judging whether it’s worthwhile to refinance,” Wickert said.

David Clark, a Marquette University economics professor who monitors home sales in Wisconsin, said he didn’t think the record low rates would trigger “a large movement into refinancing” because many people already had done so at rates that weren’t a lot higher. Improving the housing market will take more than low rates, he said.

“It really comes down to a confluence of factors that includes jobs, which ultimately affects consumer confidence in terms of their willingness to make big purchases,” Clark said.