Real Estate Incentives Out of Style among Price-Focused Shoppers

RISMEDIA, July 30, 2010—(MCT)—Government cash didn’t help John Foley and Cindy Case sell their Minneapolis house before the federal home buyer’s tax credit expired at the end of April, so the couple decided to take matters into their own hands. 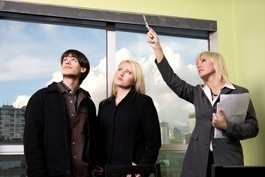 They hosted a backyard party with food and an open bar, invited the neighbors and professional contractors—in case potential buyers had questions about remodeling. To top it off, they’re offering their own $8,000 rebate on the $675,000 home.

Three years ago, such cash enticements were the norm—and cash was only the beginning. Sellers regularly tried to lure prospective buyers with free cars, big-screen TVs and stainless appliances at closing. But after nearly a year and a half of a government tax credit program, sellers have scaled back on marketing gimmicks and buyer incentives, largely in an effort to limit their losses.

Meanwhile, new rules aimed at reducing the risk of mortgage defaults have made many once-common incentives illegal, so many sellers are simply resorting to one of the oldest tricks in the book: dropping the price.

Aaron Dickinson of Edina Realty says that buyers today have access to more information about the market than ever before, so competitive pricing is the best way to attract attention. “At the end of the day, buyers aren’t stupid,” he said. “Gimmicks don’t work well when buyers have so many avenues to be educated about what’s for sale and what has sold and for what price.”

In addition, buyers are worried about the economy and their job and have focused on getting the best price—and the lowest house payment—rather than a free perk. Indeed, many buyers are making decisions based on the assumption that someone in their family might lose their job, said Stephanie Gruver, a sales agent with Keller Williams Integrity Lakes in the Minneapolis-St. Paul, Minn., area. “They’re buying on one income rather than two, and they’re buying within their means,” she said.

Perhaps the biggest reason for the decline in seller incentives comes from the mortgage industry itself. In an effort to reduce defaults, the government has cracked down on all forms of seller incentives. New rules are designed to eliminate any exchange of cash or property before and after a closing that might affect how much equity a buyer has in their new home. That’s an about-face from a time when underwriting standards were much less stringent and cash-back signing bonuses and other perks were a common way to help push buyers over the fence. The goal now is to maximize a buyer’s investment in the hopes that they’ll be less likely to walk away from their obligation.

Current government loan guidelines limit seller contributions—usually in the form of closing costs—on conventional mortgages to 3% of the purchase price; FHA loans allow a 6% contribution, but that’s going to be reduced to 3% during the next few months.

Lenders say that losses are mounting on mortgages in which appraisers failed to discover—or sellers failed to disclose—incentives that were never deducted from the sale price of the house. That’s led to improperly priced loans and inaccuracies in valuations. Already Fannie Mae and Freddie Mac are asking lenders to repurchase billions of dollars in improperly underwritten mortgages, including some in which enticements weren’t properly disclosed.

The government tax credit was a particularly good deal for cash-strapped buyers and sellers because it wasn’t tied to the value of the house and it arrived in the form of a check with few restrictions on how it could be spent.

To buyers spoiled by such an offer, that makes the prospect of pre-recession incentives seem a little less enticing.

That was Coldwell Banker’s thinking when, after the expiration of the government’s $8,000 tax credit, in June it asked its sellers to offer prospective buyers a 3% discount for purchases made by the end of the month. Participation was limited, but sellers are likely weary of still-lower prices.

But party-giver Foley, a professional marketer, attributes the pullback on incentives to an all-out surrender. “Everybody has had a hard time selling,” he said. “It doesn’t mean you stop. It’s almost as if people, including sellers and Realtors, have given up. They’ve lost faith in what they knew.” The bottom line, he said, is that sellers and their agents need to get creative and have more fun.

An evening storm rolled through Minneapolis the night of the party, which Case and Foley put together with the full support of their real estate agent. They promoted it with just about every form of social media, from Facebook to Twitter, and a few phone calls to local media. But in the hour and a half that a reporter attended the two-hour party, no prospective buyers showed. The 30 or so guests were largely friends, neighbors or the media.

“I’m not saying that we’re going to reap success and sell our house, but as a marketer, my chances of succeeding are greatly enhanced by putting forth some sort of imagination and effort,” he said. “Some sellers are literally giving away thousands of dollars because they haven’t given sellers a reason to buy their house. If we can market water for $7 a gallon, don’t tell me you can’t find a reason to make your house more charming or exciting for someone.”

Sales without incentives:
In lieu of attention-grabbing incentives, here’s what works best today:
-Price it right. Buyers have access to lots of data, and they’ll know if your house is too expensive.
-Offer to pay some of the buyer’s closing costs.
-Maximize exposure. Saturate the Internet and all forms of social media with your listing.
-Use great photos, not good ones. Make sure your house makes a great first impression.
-Make it sing. Listing information must be complete and well-written.
-Curb appeal matters. Spend a little money on flowers, new plants and fresh paint.
-Inside, your house should look fresh, so make sure the paint, carpeting, light fixtures and appliances are updated and clean.
-De-clutter. Eliminate one-third to two-thirds of your stuff; hire a stager.
-Network. Sales come together because brains understand homes better than computers.
-Be patient. Statistics say that it takes 21 showings, not including open-house traffic, to sell a house.