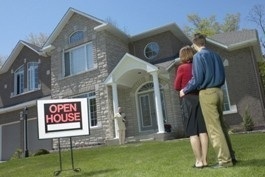 RISMEDIA, December 27, 2010—The U.S. Department of Housing and Urban Development (HUD) and the U.S. Department of the Treasury released the December edition of the Obama Administration’s Housing Scorecard. The latest housing figures show continued home affordability in the housing market, with interest rates near record lows, but the market remains fragile, as prices are unsettled. Foreclosure starts and completions dropped significantly in November, as lenders review internal servicing procedures. The housing scorecard is a comprehensive report on the nation’s housing market.

“The Obama Administration’s broad set of programs have helped promote stability for the housing market, neighborhoods, and the nation’s homeowners, but there is much more work to be done,” said HUD Assistant Secretary Raphael Bostic. “Since taking office in 2009, the Administration’s efforts have helped millions of families stay in their homes and helped millions more refinance, but the data clearly show that the market remains extremely fragile. That’s why we’re continuing to focus on successfully implementing the programs we’ve put in place—such as additional refinancing assistance and emergency loans to help unemployed homeowners—and ensuring that help is available to homeowners as early as possible.”

“While much work remains to be done to help families that have been hurt by this crisis, the Administration’s programs have benefitted many homeowners directly while setting standards for the entire industry,” said acting Assistant Secretary for Financial Stability Tim Massad. “This is a major reason why there have been more than twice as many modifications and other foreclosure alternatives as foreclosure completions since April 2009.”

The December Housing Scorecard features key data on the health of the housing market including:

-Foreclosure starts and completions dropped significantly in November. As lenders review internal procedures related to foreclosure processing, many foreclosure actions have been delayed, leading to a 21% drop in foreclosure activity in November. While this is the biggest month over month decrease since 2005, the decline is likely to be temporary as lenders eventually revise and resubmit foreclosure paperwork in the coming months.

-As expected with the expiration of the Home Buyer Tax Credit, new and existing home sales have remained below levels seen in the first half of 2010. However, this month’s report also shows that home prices and home equity declined moderately, as prices remain unsettled at this fragile stage of the recovery.

-More than 3.9 million mortgage aid offers were initiated between April 2009 and the end of October 2010—more than double the number of foreclosure completions during that time. These actions included over 1.4 million Home Affordable Modification Program (HAMP) trial modification starts, more than 600,000 Federal Housing Administration (FHA) loss mitigation and early delinquency interventions, and nearly 1.8 million proprietary modifications under HOPE Now. While some homeowners may have received help from more than one program, the number of agreements offered were more than double the number of foreclosure completions for the same period (1.7 million).