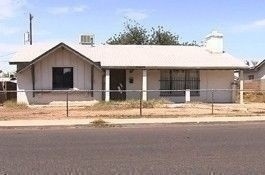 The new documentary Home exposes the decline and devastation of the foreclosure crisis in the west Phoenix neighborhood of Maryvale. Filmmaker Gail Buck, founder of the nonprofit Project Maryvale, a community activist and one of the state’s leading real estate brokers, tells the story of the suburb’s decline from an industry insider’s perspective as she shows how failed bank policies, favoritism toward cash investors and current housing remedies have, in fact, contributed to the community’s decay.

The 50-minute film, which is being privately screened at Cinema Latino in Phoenix next week and by housing leaders around the country this month, characterizes the nation’s foreclosure crisis and traces the displacement of low-income families, the high school dropout rate among teens in the area and the transformation of a once homeowner-dominant neighborhood into a crime-ravaged, renter community. To view a clip of the documentary, click here.

Buck, who herself has specialized in foreclosure sales in recent years, has long advocated a shift away from policies that continue to damage minority neighborhoods and make them unsafe for families. Maryvale is low-income, 92-percent Hispanic and the suburb hardest hit by the foreclosure crisis in Maricopa County.

Home brings the human toll of the housing crisis into focus. Buck interviews, among others, the Ordoñez family, a single mother with nine children, who is trying to short sell their home to a buyer that will allow them to stay in the home as a renter if the bank waives the “arms-length” affidavit currently in effect. If not, Ordoñez and her family will be displaced and then may need public assistance or even foster care for the children if they can’t find housing.

“The families that continue to be displaced due to the remedies of default is unprecedented,” says Buck, who has worked in the Arizona real estate market for 13 years. “These assets are ‘homes’ and these neighborhoods are very much a part of the fabric of the community. What becomes of them impacts us all. This isn’t just a Maryvale problem; this is a national problem.”

“Despite the signs pointing to recovery in the broader real estate market, the story of Maryvale is playing out in many of the communities hardest hit by the housing crisis, where neighborhoods continue to suffer from the distress and displacement wrought by foreclosures,” says Craig Nickerson, president of the National Community Stabilization Trust. “This film is an important reminder that there is still a tremendous amount of work ahead to ensure places like Maryvale, and the families that call these neighborhoods home, don’t get left behind.”

A Latina of Mexican descent, Buck serves on the association’s national board along with Acosta and founded its Arizona chapter in 2010 when she recognized that the association’s advocacy for Hispanic homeownership aligned with the community service work she had done locally. Her insight into Maryvale’s decline was enhanced when the track team from the neighborhood’s Trevor Brown High School participated in a 5k American Dream fundraiser in dilapidated running shoes.

With the high rate of foreclosure in the community, the school has lost badly needed tax revenue that funds many of its programs. She was so struck by the rampant decline of the community she became inspired to create the documentary and cast a spotlight on the failure of the nation’s housing system to help distressed homeowners and neighborhoods. Buck worked with the Phoenix-based CAZ Productions on the creation of the film.

One prominent Latino housing expert said it best: “Five years into the foreclosure crisis, we now understand how some of the remedies designed to help communities are actually making matters worse,” says Gary Acosta, co-founder and CEO of the National Association of Hispanic Real Estate Professionals (NAHREP). “This groundbreaking film courageously addresses these issues while conveying the real human devastation the crises has left in its wake.”

“This important film brings much-needed attention to the Fair Housing Act violations happening everyday in neighborhoods of color across America. Discrimination based on race and national origin plays a significant role in the maintenance and marketing of real estate owned properties,” says Shanna L. Smith, president and CEO of the National Fair Housing Alliance. “The neighborhoods of America can’t recover from the devastation of foreclosure until there is no longer a double standard between how these transactions are handled in white neighborhoods versus neighborhoods of color.”

Project Maryvale, a 501(c3) nonprofit, was founded by Buck and is focused on the revitalization and stabilization of low-income, underserved communities by promoting owner-occupant home purchases support for the public school systems and college scholarships.