Consumers More Committed to Buying or Selling This Year 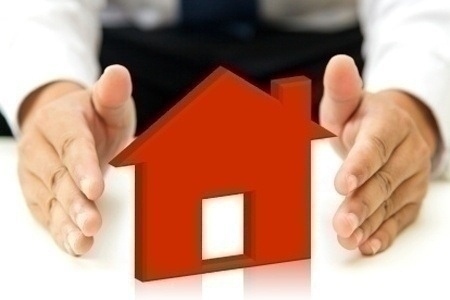 Prudential Real Estate, an HSF Affiliates LLC real estate brokerage network, recently released results of its fourth quarter Consumer Outlook Survey indicating that consumers’ perception of residential real estate is increasingly favorable, and that consumers are more committed to buying and selling homes in 2014 than they were during the previous year.

In fact, favorability toward real estate reached 78 percent among all respondents, a 5-point jump from the previous quarter and 15 points higher than at year-end 2012. Millennials’ perception of real estate is most favorable, peaking at 87 percent. Respondents’ growing optimism yields resolve, as 76 percent of likely transactors and 63 percent of all survey participants indicated they were more committed to buying/selling homes in 2014.

“Consumers understand that the U.S. economy and residential real estate continue moving in positive directions,” says Earl Lee, CEO of HSF Affiliates LLC. “Accordingly, they’re feeling much better about their personal situations and want to take advantage of attractive home prices in many markets and interest rates that remain low by historical standards.”

Respondents acknowledged that macro-economic events of 2013, such as government sequestration and rising interest rates, impacted their personal finance decisions. However, they look to the new year with anticipation: A full 65 percent are optimistic about the housing market in 2014 and a nearly 60 percent believe home sales will increase during the year. Half of all respondents believe that the rate of appreciation in U.S. home values will slow this year after a strong run in 2013.

“Normalcy is returning to residential real estate,” says Lee. “People are seeking homes for all the right reasons – to gain shelter and security, raise a family and generate long-term wealth.”

While financial concerns certainly play a role in the decision to buy or sell, homeownership remains a deeply personal decision. Owning a home is important to 96 percent of Americans, and 78 percent agree that homeownership is an important part of the American dream. When asked about their experience buying and selling in today’s economy, 72 percent of respondents says that finding the right home and community are crucial to their family’s happiness.

Caution remains in the marketplace. “Decreasing home values” is the No. 1 concern of respondents, followed by “saving enough for a down payment.” Underscoring the stringent lending guidelines that are still in place from the industry downturn, just 39 percent of respondents believe it will be easier to secure a mortgage loan in 2014. Consumers also acknowledged that tight housing inventory may impact their home-buying decisions this year: 67 percent expect to face more competition for homes on the market.

“Consumers are increasingly sophisticated about real estate and many come to the table armed with impressive research,” says Stephen Phillips, COO of HSF Affiliates. “However, they will always need an experienced agent to pull it all together, assess opportunities, negotiate in good faith and keep everything moving for a successful transaction.”