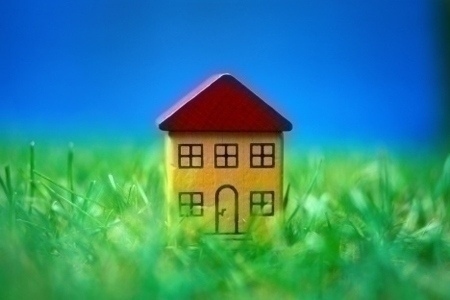 Recent month-to-month volatility in the housing market has softened the ongoing recovery. However, the majority of the Fannie Mae National Housing Survey indicators on consumer attitudes have continued to move in a positive direction during the past year, which may portend a pick-up in homebuying and selling activity this spring. According to Fannie Mae’s March 2014 National Housing Survey results, the share of survey respondents who say it is a good time to sell a home climbed to 38 percent last month, compared to 26 percent at the same time last year. In addition, the share who believe it would be easy to get a mortgage today increased to 52 percent, compared to 47 a year ago, and tying the all-time survey high. Americans’ attitudes regarding their personal finances have also improved – those who expect their financial situation to worsen during the next 12 months decreased to 12 percent, a significant drop from 21 percent at the same time last year, and the share who say their personal financial situation improved during the past year reached an all-time survey high of 40 percent.

“The housing recovery continues to proceed in fits and starts. Rising mortgage rates and a lack of supply have dampened housing market momentum,” says Doug Duncan, senior vice president and chief economist at Fannie Mae. “However, we see several positive signs going into this year’s spring homebuying season, compared with last year. For example, consumers are less pessimistic about their personal finances, and more optimistic about the current selling environment and their ability to get a mortgage. Still, those who are pessimistic about buying or selling a home today tend to point to economic conditions as the primary issue, and most consumers continue to say the economy is on the wrong track. Looking forward, we expect to see a pick-up in economic growth later in the year, and this may boost the confidence of prospective buyers and sellers.”

• The share of respondents who say mortgage rates will go up in the next 12 months decreased to 54 percent, and those who say they will go down fell to 3 percent, tying the all-time survey low.

• Fifty-two percent of those surveyed say home rental prices will go up in the next 12 months, a slight increase from last month.

• Fifty-two percent of respondents thought it would be easy for them to get a home mortgage today, tying the all-time survey high first reached in January.

• The share who say they would buy if they were going to move increased 2 percentage points to 68 percent.

• The share of respondents who say the economy is on the right track continued on a downward trend – decreasing 2 percentage points from last month to 33 percent.

• The percentage of respondents who expect their personal financial situation to stay the same over the next 12 months increased 4 percentage points to 45 percent, tying a survey all-time high.

• The share of respondents who say their household income is significantly higher than it was 12 months ago decreased 3 percentage points, to 21 percent.

• The share of respondents who say their household expenses are significantly lower than they were 12 months ago fell one percentage point to 8 percent, tying the all-time survey low.