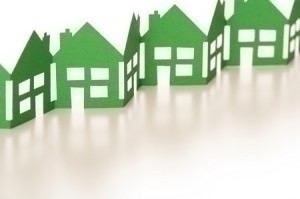 Existing-home sales increased in July to their highest annual pace of the year, and the ongoing decline in distressed sales reached an important milestone, according to the National Association of REALTORS®.

Total existing-home sales, which are completed transactions that include single-family homes, townhomes, condominiums and co-ops, rose 2.4 percent to a seasonally adjusted annual rate of 5.15 million in July from a slight downwardly-revised 5.03 million in June. Sales are at the highest pace of 2014 and have risen four consecutive months, but remain 4.3 percent below the 5.38 million-unit level from last July, which was the peak of 2013.

Lawrence Yun, NAR chief economist, said sales momentum is slowly building behind stronger job growth and improving inventory conditions. “The number of houses for sale is higher than a year ago and tamer price increases are giving prospective buyers less hesitation about entering the market,” he said. “More people are buying homes compared to earlier in the year and this trend should continue with interest rates remaining low and apartment rents on the rise.”

Yun does warn that affordability is likely to decline in upcoming years. “Although interest rates have fallen in recent months, median family incomes are still lagging behind price gains, and mortgage rates will inevitably rise with the upcoming changes in monetary policy,” he said.

The median existing-home price2for all housing types in July was $222,900, which is 4.9 percent above July 2013. This marks the 29thconsecutive month of year-over-year price gains.

Yun said the deepest housing wounds suffered during the Great Recession are beginning to fully heal. “To put it in perspective, distressed sales represented an average of 36 percent of sales during all of 2009,” he said. “Fast-forward to today and rising home values are helping owners recover equity and strong job creation are assisting those who may have fallen behind on their mortgage due to unemployment or underemployment.”

All-cash sales in July were 29 percent of transactions, down from 32 percent in June and representing the lowest overall share since January 2013 (28 percent). Individual investors, who account for many cash sales, purchased 16 percent of homes in July, unchanged from last month and July 2013. Sixty-nine percent of investors paid cash in July.

According to Freddie Mac, the average commitment rate for a 30-year, conventional, fixed-rate mortgage fell for the third consecutive month to 4.13 percent in July from 4.16 percent in June, and remains the lowest rate since June 2013 (4.07 percent).

The percent share of first-time buyers in July rose slightly for the second straight month to 29 percent (28 percent in June), but remain historically low.

NAR President Steve Brownsaid the new credit scoring calculation recently announced by Fair Isaac Corp., or FICO, will improve access to homeownership. “NAR supports efforts to broaden access to credit for qualified homebuyers, especially those who have been shut out of the housing market or forced to pay higher interest rates because of flawed credit scores,” he said. “A solid credit score is necessary to keep borrowing costs down.”

Existing condominium and co-op sales remained unchanged in July from June at an annual rate of 600,000 units, and are 4.8 percent below the 630,000 unit pace a year ago. The median existing condo price was $215,000 in July, which is 3.3 percent higher than a year ago.

Regionally, July existing-home sales in the Northeast stayed at an annual rate of 640,000 for the second consecutive month and are now 9.9 percent below a year ago. The median price in the Northeast was $273,600, an increase of 2.4 percent from July 2013.