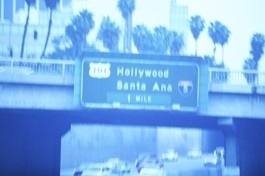 .The quartet allegedly conspired to dupe lenders out of “more than $40 million in fraudulent loans for homes in some of Southern California’s most expensive neighborhoods.”

Indicted are two agents working for one of the top real estate companies in the area, and two local appraisers. The agents also were charged with money laundering.

Although those charged are certainly innocent until proven guilty, the case draws attention to the growing problem of “real estate fraud” and “mortgage fraud” and the threat that fraud poses to the real estate industry and homeowners, as well. Ralph R. Roberts, co-author of the recent book “Protect Yourself from Real Estate and Mortgage Fraud: Preserving the American Dream of Homeownership” with attorney Rachel Dollar, explains:

“Most people consider mortgage fraud to be a victimless crime, but that is far from the truth. The way this type of mortgage fraud typically works is that the buyer obtains an inflated appraisal making the home appear to be worth more than it really is, so the lender will loan them more money. At closing, the buyer gets the extra money back. Some people think that there is nothing wrong with this practice. After all, the buyer must make payments on a larger mortgage, the agent receives a bigger commission, and housing values in the area tend to rise. On the surface and in the short term, it appears that everybody wins.”

“Cash back at closing” schemes, like those described in the L.A. Times story are designed to intentionally fool a lender into approving a loan that’s higher than what they would normally have approved if they had all the facts.

“Every 1003 (Uniform Residential Loan Application) has a statement you have to sign claiming that the information on the form is correct to the best of your knowledge,” Roberts says. “If you sign a form that contains false information, you are guilty of committing a felony, regardless of what you decide to use that money for.”

Roberts and Dollar are known for getting the word out about real estate and mortgage fraud, so consumers as well as industry insiders (who happen to be involved in more than 80% of the cases involving mortgage fraud) will have no question of what is right and what is wrong.

“We want to provide consumers and professionals with the information and tools they need to spot the signs of fraud, stop it in its tracks, and report it to authorities,” says Roberts, “Only by creating a army of fraud busters can we hope to turn the tide and preserve the American Dream of Homeownership.”

What will happen to the alleged fraudsters in this case? We cannot predict how this will unfold, but as of Wednesday, Aug. 8, the Los Angeles Times reported in its story “Two Beverly Hills agents suspended by brokerage,” that the two real estate agents who had been indicted were suspended by the real estate company where they worked. This sends a clear message to real estate agents everywhere that even the suspicion of impropriety cannot be tolerated.