Some Homebuyers Are Holding Back, but Market offers Bright Spots Too 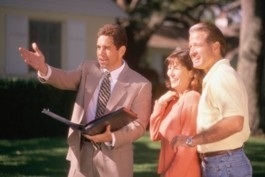 RISMEDIA, August 27, 2010—(MCT)—Everywhere you look, July was not ideal for real estate—that’s one thing on which the economists and the statistics agree. Sales figures released recently for the first month in 19, not invigorated by government tax credits, offered a poor prognosis for the housing sector.

Nationally, sales of previously owned homes plunged 25.5% from July 2009—numbers the National Association of Realtors said had not been so low since 1999. Single-family home sales were at their lowest since May 1995, during the last housing bust.

Wall Street took the announcement by the Realtors’ association badly, and at the close of the trading day, the Dow was down 133.96 points.

“We knew that there would be payback for the government’s incentives but we didn’t think it would be so bad,” said Joel L. Naroff, of Naroff Economic Advisors in Holland, Pa.

The end of the tax credit “hit with full force” in July, said economist Nigel Gault, of IHS Global Insight in Lexington, Mass. “The most worrying feature of the recent housing data is the absence of evidence of any underlying improvement in sales,” Gault said. “All of the action earlier this year appears to have been driven by the tax credit. Mortgage applications for purchase have been moving sideways since June, even as 30-year mortgage rates have headed into the low 4s.” A sustained housing upturn “will depend on an improvement in the jobs market, which at the moment is slowing down rather than gathering pace,” he said.

“Since May, after the April 30 deadline, contract signings have been notably lower,” he said, “and a pause period for home sales is likely to last through September.”

Still, Yun said, annual sales are expected to reach five million in 2010 because of the healthy activity in the first half of the year. “To place that in perspective, annual sales averaged 4.9 million in the past 20 years, and 4.4 million over the past 30 years.”

Thanks to the tax credit, home values have been stable for 18 months, Yun said.

Yun insisted that record-low mortgage interest rates, now averaging 4.5% would encourage the wary to get back into the hunt.

In fact, rate-conscious buyers are just about the only ones in the market these days. They waited for rates to dip even further, more eager to save thousands over the life of their mortgages than to snag a one-time tax credit available only to qualified buyers.

Michelle Nnolum recently closed on her first home, a condo purchased for $195,500 with a $5,500 seller’s assist at Chanticleer in Cherry Hill, N.J. She signed the agreement of sale in July. “I never thought I could qualify to buy, but I kept hearing about these low rates,” said Nnolum, whose home-based business, ClassiFit, does custom alterations of gowns and evening wear.

She looked at four houses for sale with her agent, Giovanni Judenic of Long & Foster, before settling on a completely renovated two-bedroom, 2 1/2-bath condo that had been on the market for just three days.

“I think values will go up,” said Nnolum. “With 20 percent down, I’ve started with a lot of equity already.”

Chris Bolli of Bristol, Pa., is equally interest-rate-conscious as he searches for a house.

A Navy veteran who sells prosthetic devices to area hospitals, first-time buyer Bolli has been looking for a three-bedroom, two-bath house with a garage for six months.

“Buying a house is a long-term investment, and finding the lowest fixed rate over 30 years is more important than $8,000 up front,” he said. “I wasn’t going to be pressured into buying something.”

One problem with his search has been that “sellers haven’t caught up yet with the realities of the market,” said Bolli, who considers $250,000 the middle of his price range.

Anthony Sanders, professor of real estate finance at George Mason University in Virginia, said many sellers were “holding on to their overpriced housing, hoping that they won’t get damaged even further. There’s been a change in consumer psychology, and it’s difficult to reverse.”

Naroff, who recommends waiting until the fall before making judgments, said that “unless households and businesses have confidence about the future, they are not going to buy homes or invest, regardless of the interest rate.”

Housing’s double dip should not cause a double dip in the broader economy, said Mark Zandi, chief economist at Moody’s Analytics.

“The recent weakness in housing won’t be severe or long enough to undermine the rest of the economy,” Zandi said. “It will be close, however, and it will be very uncomfortable through the remainder of the year. Nothing works all that well in the economy when housing is struggling.”