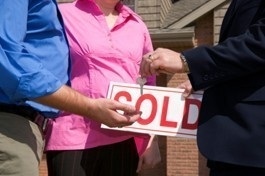 RISMEDIA, November 19, 2010—(MCT)—When Efrain Hernandez couldn’t seal a deal before the first-time home buyer tax credit expired earlier this year, he lost faith that he would ever own a house in a market where investors and all-cash buyers are snapping up bargains and mortgages seem hard to come by. But waiting—even though it wasn’t by choice—got him more than the $8,000 federal tax credit.

In a single day last month, Hernandez negotiated a contract on a five-bedroom, three-bath home in a development near Homestead, Fla. By the end of October, he closed, talking homebuilder Lennar into a $40,000 discount off the list price, getting the company to pay $18,000 in closing costs and scoring a $7,500 no-interest loan from Miami-Dade County to lighten his down payment. “I was finally able to buy the house of my dreams,” Hernandez said. “Even though the tax credit was over, it ended up being a better deal.”

While cash is king when it comes to buying properties in a battered housing market, new homeowners like Hernandez are finding ways to finance their homes using hard-nosed negotiation tactics and unusual financing options they never needed during the boom.

And they are scoring deals on homes—not bedraggled or cut-rate foreclosure properties and time-consuming short sales, but well-kept homes with current mortgages.

After a long drought, more money is becoming available to buy homes. Take Wells Fargo Home Mortgage, for instance. Andre Brooks, vice president and regional sales manager for the bank’s Florida operation said his company has made more than $3 billion in mortgages so far this year in Florida, nearly 20% more than last year.

But lending guidelines remain restrictive, said Terry H. Francisco, spokesman with Bank of America. Unlike the loose-money days of the real estate boom, people must painstakingly document their creditworthiness.

“Creative financing is about to become the primary means of financing,” said Joe Manausa, a broker and owner of a Century 21 First Realty in Tallahassee, Fla., who has blogged about the topic.

One fruitful financing option is a loan backed by the Federal Housing Administration. FHA loans can require a down payment of just 3.5% compared with the much larger upfront investments many banks require.

“FHA is popular again. It went away when we did that ‘You-don’t-have-to-ask-me-for-anything’ ” no-income-verification kind of loan, said Patricia Perez, senior loan officer at Sunbelt Lending, which works with Coldwell Banker clients. And in the current market, where home values continue to drop and buyers of just a year or two ago may already owe more than their properties are worth, Perez said it makes sense not to make a big down payment. “I would rather have my $50,000 parked in my bank account for emergencies,” she said.

FHA loans do have their limitations. For one, like other loans with a down payment below 20%, these require the buyer to get mortgage insurance.

Another limiting factor: FHA loans have a maximum limit. They are available to people who don’t already have an FHA loan and plan to make the property their primary residence.

A private loan—made by a noninstitutional investor who does not advertise himself or herself as a mortgage lender—is another alternative, but requires some networking and using personal relationships to make a connection.

Grant S. Stern, president of Morningside Mortgage Corp. in Bay Harbor Islands, brokered a loan this summer for a condo buyer, financing half the purchase price.

The borrower had made a preconstruction down payment of $90,000 on a two-bedroom, two-bath $300,000 condo in Sunrise, Fla. He had another $65,000 cash to close, but during the lending process, Fannie Mae’s approval for the project expired.

Stern said he learned that the developer was on the verge of default, and that his client’s money was in jeopardy if he didn’t close the deal quickly. There wasn’t enough time to get a conventional bank loan, so Stern arranged for a real estate investor to fund a five-year, fixed-rate loan in a hurry. “They said, ‘Close in one week.’ We closed in one week,” he said. The borrower, a wholesale electronics distributor with good credit, could conceivably arrange a more conventional refinance in the future. “If this is the only way you are going to close, then it’s a really good option,” Stern said.

Part of real estate agent Gene Mastro’s strategy for buyers is avoiding foreclosures and short sales—especially for those buyers who intend to live in the properties they purchase.

Owners of nondistressed properties are “more ready to correct problems, any minor deficiencies,” said Mastro, who works for Coldwell Banker in Miami-Dade.

Another advantage: Sellers may be willing to pay all or part of closing costs, which can range from 2-7% of the purchase price.

Dilihara Martin said Mastro negotiated a seller’s contribution for closing costs on a home she bought near Kendall this month. The 1,700-square-foot home sits on nearly a quarter-acre.

Martin said the new place will be a nice change for her, her husband Julio and their daughter Isabella, who have been living with her parents. “He managed to negotiate down to $200,000 and we got a 3 percent seller’s contribution on top of that,” said Martin, an accountant. “He fights for you.”

Another client, Daniel Diaz, closes later this month on a three-bedroom, two-bath home in Kendall, Fla. The price is $150,000. Though Diaz said he’s a saver, he doesn’t have enough put away for a 20% down payment, so he opted for an FHA-backed loan. The sellers will contribute 4% of the home’s purchase price toward closing costs, said Diaz. “I had no idea about this,” he said. “Gene’s been educating me along the way.”

Another way to cover closing costs is a fast, short-term loan that doesn’t show up on credit reports.

Todd Hills noticed that some of the recent users of his company, Boomerang Lending, wanted fast cash to pay closing costs. His Colorado-based business works like a pawn shop for those with pricier assets, including paintings and fine jewelry. A recent borrower offered a 1955 Picasso sketch. “It’s not something we’ve experienced before the last six months,” said Hills, the company CEO, but “it makes absolutely perfect sense. This is a way this consumer can get the cash that they need.”

A Texas woman who recently needed an additional $3,500 to pay closing costs sent the company several pieces of jewelry. They gave her the money, and she was able to close. “They get their house deal done, then they have six months to make the determination about whether they want to come back and retrieve their asset,” Hills said.

Yet another possibility for buyers is a lease-to-own option, Manausa said. “It’s a purchase agreement with a very delayed closing—three months or three years.”

Tom Nisbet and fiancé Greta Leber have just such a contract on their condo. They are living in the 1,600-square-foot unit they hope to buy. It comes with two parking spaces, a pool and a gym, and it’s close enough to the University of Miami, where Leber is working on her Ph.D.

After watching others’ experiences with short sales and foreclosures, they steered clear. “This is by far the best place we saw on the market,” Nisbet said.

In their case, they have a contract that is contingent on being able to secure an FHA loan for the unit. It’s in a building that is not currently approved for those kinds of mortgages. The couple doesn’t have the kind of savings needed for a down payment for a traditional mortgage.

“Our sales contract is valid until we hear we have FHA approval or not, or up to a year from now,” Nisbet said. “Maybe, depending on the situation we’re in, we’ll keep renting this place.”

While the federal first-time home buyer’s tax credit ended months ago, as Hernandez found, it’s not too late for house hunters to get government home-buying help.

Many city or county governments offer their own home buyer subsidies. Hollywood, Fla., offers a no-interest second mortgage, which provides up to $40,000 or 25% of the purchase price to assist low-income buyers.

Hernandez benefited from Miami-Dade County’s “surtax” program, which provides a no- or low-interest second mortgage for middle-income home buyers, who can cash in on up to $7,500 in assistance.

Government agencies with home-buying assistance programs say they are fielding lots of calls.

“People are interested in buying homes,” said Mildred Reynolds, housing program manager for Broward County. She suggests people considering a purchase visit a Housing and Urban Development office to learn about their options.