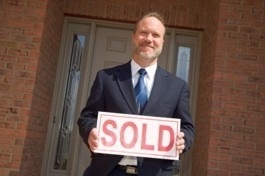 RISMEDIA, December 23, 2010—Existing-home sales got back on an upward path in November 2010, resuming a growth trend since bottoming in July, according to the National Association of REALTORS®. Existing-home sales, which are completed transactions that include single-family, townhomes, condominiums and co-ops, rose 5.6% to a seasonally adjusted annual rate of 4.68 million in November from 4.43 million in October, but are 27.9% below the cyclical peak of 6.49 million in November 2009, which was the initial deadline for the first-time buyer tax credit.

Lawrence Yun, NAR chief economist, is hopeful for 2011. “Continuing gains in home sales are encouraging, and the positive impact of steady job creation will more than trump some negative impact from a modest rise in mortgage interest rates, which remain historically favorable,” he said.

“The relationship recently between mortgage interest rates, home prices and family income has been the most favorable on record for buying a home since we started measuring in 1970,” he said. “Therefore, the market is recovering and we should trend up to a healthy, sustainable level in 2011.”

The national median existing-home price for all housing types was $170,600 in November, up 0.4% from November 2009. Distressed homes have been a fairly stable market share, accounting for 33% of sales in November; they were 34% in October and 33% in November 2009.

Foreclosures, which accounted for two-thirds of the distressed sales share, sold at a median discount of 15% in November, while short sales were discounted 10% in comparison with traditional home sales.

Total housing inventory at the end of November fell 4.0% to 3.71 million existing homes available for sale, which represents a 9.5-month supply at the current sales pace, down from a 10.5-month supply in October.

NAR President Ron Phipps, broker-president of Phipps Realty in Warwick, R.I., said good buying opportunities will continue. “Traditionally there are far fewer buyers competing for properties at this time of the year, so serious buyers have a lot of opportunities during the winter months,” he said. “Buyers will enjoy favorable affordability conditions into the new year, although mortgage rates are expected to gradually rise as 2011 progresses.”

According to Freddie Mac, the national average commitment rate for a 30-year, conventional, fixed-rate mortgage rose to 4.30% in November from a record low 4.23% in October; the rate was 4.88% in November 2009.

“In the short term, mortgage interest rates should hover just above recent record lows, while home prices have generally stabilized following declines from 2007 through 2009,” Yun said. “Although mortgage interest rates have ticked up in recent weeks, overall conditions remain extremely favorable for buyers who can obtain credit.”

A parallel NAR practitioner survey shows first-time buyers purchased 32% of homes in November, the same as in October, but are below a 51% share in November 2009 from the surge to beat the initial deadline for the first-time buyer tax credit.

Investors accounted for 19% of transactions in November, also unchanged from October, but are up from 12% in November 2009; the balance of sales were to repeat buyers. All-cash sales were at 31% in November, up from 29% in October and 19% a year ago. “The elevated level of all-cash transactions continues to reflect tight credit market conditions,” Yun said.