Homeowners Decide to Deconstruct, Not Demolish, When Rehabbing 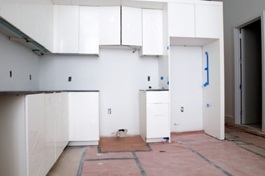 RISMEDIA, February 2, 2011—MCT)—If you’re remodeling your kitchen or want to build your dream home on property with a not-so-idyllic house, there’s a way to tear down that doesn’t involve the wrecking ball.

Deconstruction—the careful removal of salvageable hardwood flooring, light fixtures, cabinetry, doors and nearly everything that makes a house a house—is gaining momentum. As a result, more than three-fourths of the house can be re-used and recycled instead of all of it ending up in the dump. More than 30% of waste that goes into landfills consists of building and construction materials, much that can still be used.

Jack Williams and Jane York recently opted for deconstructing their Leawood, Kan., ranch home, where they had lived for 28 years, to build their post-retirement dream home. Their mantra: How can we do things smarter than what we’ve done in the past? “It does take some effort,” says Williams, smiling inside their new 2,300-square-foot space, still under construction. “We feel like pioneers,” York says.

Besides being easier on the Earth, deconstruction—if you donate your home’s salvageable materials to a nonprofit like Habitat for Humanity ReStore—can be lighter on the pocketbook than demolition. However, initial costs don’t reflect that. The average one-week demolition is $10,000 to $20,000. Deconstruction, which can take a month or two, is typically $20,000 to $35,000.

“Deconstruction means taking it apart by hand instead of by machine,” says Lance Houston, owner of Houston Excavating and Demolition in Liberty, Mo. “Habitat ReStore takes out what can be salvaged—sinks, cabinets, so forth. We’ll de-nail it, cut off bad ends, band it and wrap it to go to Habitat ReStore. All metals, like copper piping, can be salvaged at the scrap yard.”

Financially, deconstruction can be a leap of faith. It takes someone who isn’t afraid of waiting until taxes are filed to get the money back.

“So far, since we started doing this in 2001, no one has gotten (financially) hurt by the process that we know about,” says Mark Bullock, deconstruction manager for Habitat ReStore in Kansas City, Mo., who helps contractors and homeowners navigate the process.

To recoup costs, you have to hire an appraiser who specializes in deconstruction. A challenge to Kansas Citians is that there are no local professionals with that expertise—and not that many nationwide.

In deconstruction appraisals, the value is of the salvageable structure—not the land, the bulk of the value. York and Williams found out their structure was worth about $46,000, so after taxes, they will get money back instead of being out money, as they would have been if the structure had been demolished. John and Emily Cowden of Prairie Village, Kan. also recently went through the deconstruction process. Their structure was valued at $99,000, meaning with their tax bracket, they’ll get money back from their deconstruction, too. “It’s been really easy,” says John Cowden. “And it’s had huge upsides.”

Both households have been renting homes near the deconstruction sites.

Williams and York’s original foundation, garage floor, basement, patio, half the driveway and the brick chimney were crushed and used for the new house’s foundation backfill. The couple kept a few faucets and light fixtures for the new house, too.

Williams says 82% of their home was reused through Habitat ReStore or recycled, including scrap wood that was chipped into mulch.

On average, more than 75% of a home can be reused and recycled. Items that typically can’t be repurposed, Bullock says, are insulation, PVC pipes, roofing, old carpet, brittle sheathing and fragile tile.

Kansas City, Mo., is starting a deconstruction program this year to take down 60 to 80 vacant houses on its dangerous buildings list, now at 1,100. The city received a $600,000 Energy Efficiency and Conservation Block Grant from the Department of Energy through the federal stimulus package. The deconstruction program will help neighborhoods, reduce overall energy use through reuse, divert materials from the landfill and add jobs, says Gerald Shechter, Kansas City’s sustainability coordinator.

“We’ll certainly be looking for materials of value that can be reused,” Shechter says. The city will work with Habitat ReStore to salvage doors, windows and other materials.

The city of Cleveland is considered one of the nation’s leaders in deconstructing abandoned homes and salvaging materials. Kansas City wants to get to that level, Shechter says. A few years ago, Kansas City with BNIM Architects introduced deconstruction to about 100 contractors and building officials.

“The interest is there,” he says.