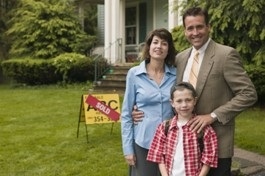 RISMEDIA, April 4, 2011—As the cold temperatures become a distant memory, and the spring selling season gains momentum, consumers have come to agree on one thing—now’s a good time to get off the fence and into the real estate market. This is the overall theme in the latest American Express Spending and Saving Tracker survey, a monthly survey that tracks the spending and saving habits of consumers in order to get an indication of what’s happening in the market. “This month’s Spending and Saving Tracker provided an up-to-date look at various consumer trends and gave us the opportunity to assess how consumers are feeling about the current market in addition to gauging homeowner confidence,” says Leah Gerstner, vice president of public affairs at American Express.

“This month’s survey points to the fact that consumers overwhelmingly feel that we are in the midst of a buyer’s market,” she adds. The data also points to the fact that a seller’s market is at least a year away, which is certainly positive news. While homeowners aren’t necessarily willing to settle for less than the asking price when selling their home, two of the biggest areas of interest in the latest survey deal with homeowners including home improvement projects on their to-do list, as well as the willingness to include concessions to get their home sold.

Home Improvements
“In looking at the results of our latest Spending and Saving Tracker survey, our thinking was that if consumers overwhelmingly view today’s market as a buyer’s market—which they do—they are likely to have plans to put more money into their home,” adds Gerstner. In fact, the survey found that about 64 percent of homeowners currently have home improvement projects on their to-do list for 2011. While the plans are in place, the amount that homeowners are budgeting to spend has gone down quite a bit from last year. “Homeowners are looking for better ways to stretch their dollars, and many are looking toward energy-efficient home improvements that will pay off in the long run.” The survey shows that among homeowners who are looking to go green, the most common items homeowners would spend their money on include energy-efficient windows and doors, insulation, roofing, heating and cooling systems as well as alternative energy systems. 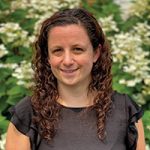