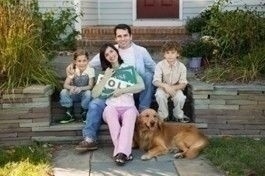 Existing-home sales edged up in January, while a seller’s market is developing and home prices continue to rise steadily above year-ago levels, according to the National Association of REALTORS®. Sales rose in every region but the West, which is the region most constrained by limited inventory.

Total existing-home sales, which are completed transactions that include single-family homes, townhomes, condominiums and co-ops, increased 0.4 percent to a seasonally adjusted annual rate of 4.92 million in January from a downwardly revised 4.90 million in December, and are 9.1 percent above the 4.51 million-unit pace in January 2012.

“Buyer traffic is continuing to pick up, while seller traffic is holding steady,” he says. “In fact, buyer traffic is 40 percent above a year ago, so there is plenty of demand but insufficient inventory to improve sales more strongly. We’ve transitioned into a seller’s market in much of the country.”

Total housing inventory at the end of January fell 4.9 percent to 1.74 million existing homes available for sale, which represents a 4.2-month supply at the current sales pace, down from 4.5 months in December, and is the lowest housing supply since April 2005 when it was also 4.2 months.

“We expect a seasonal rise of inventory this spring, but it may be insufficient to avoid more frequent incidences of multiple bidding and faster-than-normal price growth,” Yun explains.

The national median existing-home price for all housing types was $173,600 in January, up 12.3 percent from January 2012, which is the 11th consecutive month of year-over-year price increases; that last occurred from July 2005 to May 2006. The January gain is the strongest since November 2005 when it was 12.9 percent above a year earlier.

NAR President Gary Thomas says homes are selling faster. “The typical home is selling nearly four weeks faster than it did a year ago,” he said. “In this environment, REALTORS® can help buyers strike a balance between moving quickly and protecting their interests, such as making offers contingent upon a satisfactory home inspection and obtaining a loan; of course, a loan pre-qualification may help too.”

First-time buyers accounted for 30 percent of purchases in January, unchanged from December; they were 33 percent in January 2012.

For additional commentary and consumer information, visit www.houselogic.com and http://retradio.com.