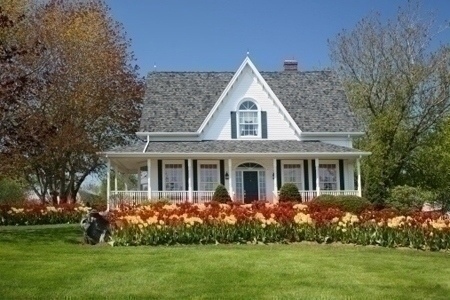 The survey drew responses from over 1,300 real estate professionals within MRIS’s geographic footprint, including Washington D.C., Baltimore, Northern Virginia, and parts of West Virginia and Pennsylvania, focusing on their predictions for the spring market.

Over 71 percent of MRIS real estate professionals are more optimistic about the upcoming real estate season compared to last year and predicted transactions would increase this year from 2013. Additionally, 82 percent of respondents think the average home sales price will increase in this year’s spring market.

“As we saw the Mid-Atlantic housing market stabilize in 2013 from the housing recovery, we can expect to see inventory growth with prices stabilizing in this year’s spring market,” says MRIS Vice President of Product Innovation and Marketing, Andrew Strauch. “MRIS real estate professionals are on the frontlines of the housing market and have their hand on the pulse of the upcoming selling season.”

The survey also looked at the homebuyer and seller challenges, inventory and new mortgage rules.

Homebuyers and Sellers
Forty-five percent of MRIS real estate professionals predict that 2014 will continue to be a seller’s market, while 33 percent indicated a buyer’s market for this year and 22 percent are unsure.

“The DC Metro market has been, without question, a seller’s market and will most likely remain so,” Strauch added. “In 2013, we saw two months of supply on average, meaning it would take two months for all homes on the market to sell and we expect to see that continue. The Baltimore Metro area is more balanced, but still favors the seller to some degree with its 4.9 months of supply.

According to the survey, other challenges that buyers and sellers will face this spring season include:
• Approximately 53 percent of respondents think that an insufficient supply of homes on the market is one of the biggest challenges that buyers face right now.
• Fifty percent of those surveyed feel buyers were concerned with competition from other buyers; and 48 percent noted low affordability.
• Over half of the respondents believe that the biggest challenge that sellers are facing right now is pricing their home properly.

“Demand is highest for the more affordable price points, which leads to higher competition among condos and townhomes in our region,” says Strauch. “Baltimore and DC Metro’s low supply of attached homes gives seller’s the advantage in our market. Detached homes have a more balanced market and, in some areas, possibly even lean towards the favor of the buyer due to less competition.”

• Fifty-eight percent responded that the biggest shortage of supply would be homes priced below $300,000; and 29 percent says the largest shortage would be homes in the $300,000-500,000 price range.
• Approximately 48 percent of real estate professionals predict that attached houses in spring 2014 will maintain the same level of sales seen during 2013.
• Approximately 21 percent reported that attached houses would rise in popularity over single-family detached homes this year.

New Ability to Repay and Qualified Mortgage Rules
In early January new mortgage rules issued by the Consumer Financial Protection Bureau went into effect, designed to lower the risk of defaults and foreclosures among borrowers. As a part of the rules, lenders must determine that a borrower has the income and assets to afford to make payments during the life of the loan.