New homes with 5,000 square feet or more of living space increased both as a share of all new construction and in absolute number in 2015, according to the Census Bureau’s Survey of Construction. In 2015, the share of new homes this size reached a post-recession peak of 3.9 percent of new homes started. The total number of 5,000+ square-foot homes started that year was 28,000 units. 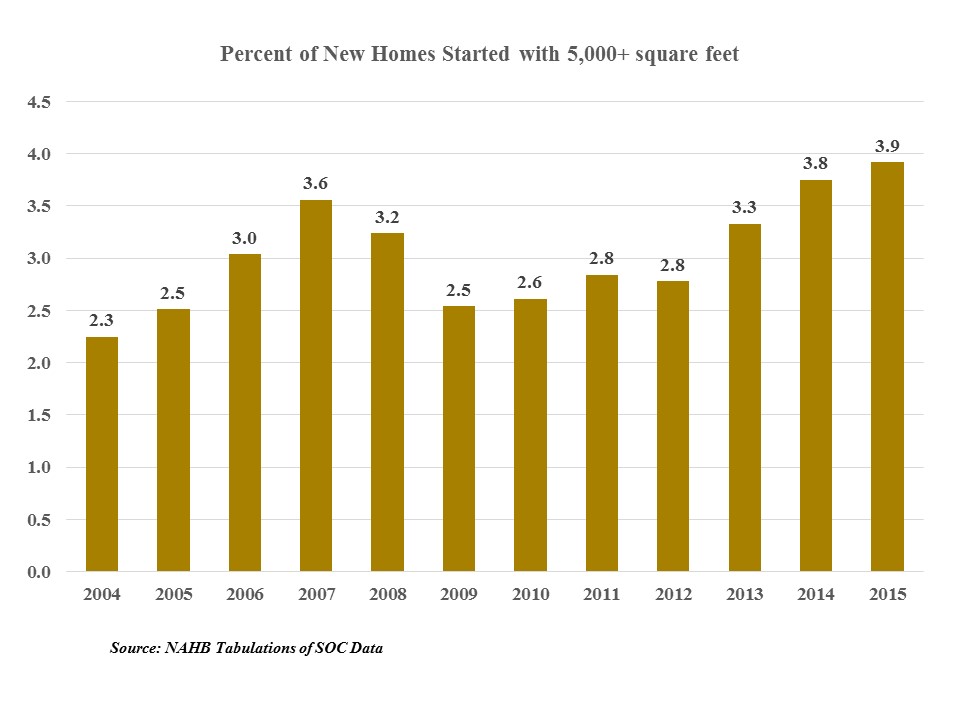 In 2012, the number of new homes started with 5,000+ square feet rose to 15,000 units, yet their share remained at only 2.8 percent. In 2015, while the number of 5,000+ square feet homes started (28,000) was the highest since 2008, their share of the new market (3.9 percent) was the highest since 2004. A previous post discussed the declining trend in the median and average size of new single-family homes due to an expansion in entry-level market wherein home size is expected to trend lower. This is not necessarily a contradiction, because 5,000+ square foot homes are relatively uncommon and represent the extreme upper tail of the distribution. The extreme upper tail can behave differently than the center of the distribution, measured by the average or median.

Overcoming Bias in Home Appraisals Starts With the Appraisers