Thoughts on Leadership: Leading With Rituals

This week my travels found me in Denver, Colorado at the Mavericks Meeting hosted by Berkshire Hathaway HomeServices Innovative Real Estate CEO Scott Nordby and his team.

The Mavericks Meetings are regular gatherings with a small, think-tank group of Berkshire Hathaway HomeServices independently owned and operated franchise CEOs. We meet every six months to exchange ideas and brainstorm. Each meeting is hosted by a different company; this one was hosted by our fantastic brokerage in Denver.

In a sense, the Mavericks Meeting is a twice-yearly ritual. Together, we reignite our collective purpose: to help each other grow.

Rituals in leadership have a very nuanced meaning. In life, they might be defined as something done in accordance with a social or cultural custom, or an established ceremonial act. In leadership, rituals are put in place to bring greater cohesiveness, focus and energy to a team.

It’s exactly what we did during our Mavericks Meeting in Denver.

Culture is not a static entity. It changes all the time. When you’re a leader attempting to build respect, trust, cohesion and productivity within a team, the ever-changing nature of culture as the backdrop for this mission makes it exponentially more difficult. Rituals ground your work in routine; they bring the team together in a reinforcing, unifying way.
The New Zealand rugby team, the All Blacks, perform a Māori war dance called haka prior to the start of each match (and sometimes after a victory). This ritual has been performed by the team for more than 100 years. It’s intense and intimidating, and it unites the team through the legacy of the dance.

Think about Thanksgiving Day football. It’s a ritual that happens each year. For many, it’s a time to gather with family and friends during the holidays to watch the games. While this ritual may, on the surface, appear to be about football, it’s really about solidifying the central narrative of familial collectiveness that is so key to our lives.
Rituals are why companies have slogans and teams have chants. Even an organization’s logo is a unifying symbol that makes employees feel like they’re part of the team.

Take the example of Leo Burnett Worldwide, a global advertising agency based in Chicago. When the firm first began in 1935, during the heart of The Great Depression, an employee made the decision to set a bowl of apples on the front desk in the reception. To set the context for this story, let’s review a little history: The Depression left so many with no money to buy anything and no products to sell. In 1929, the apple industry ran into a dilemma when it produced a massive crop. Who would buy these apples? Joseph Sicker, chairman of the International Apple Shippers’ Association answered that question when he decided to work with his association members to purchase $10,000 of surplus apples that could be sold to the unemployed at a reduced price, so they could turn around and sell the apples to make a profit. After a day of selling on the street, apple sellers would pay the association $1.75 (the price for the box of apples) and keep the rest as profit. Throughout the Great Depression, selling apples became a way to combat the debilitating effects of the economy.

When a Leo Burnett employee put out apples on the desk for free, it immediately drew scrutiny from the press. One reporter wrote that it won’t be long “until Leo Burnett is selling apples on the street corner instead of giving them away.”

Leo Burnett now has more than 9,000 employees in 85 offices around the world. To this day, anyone who visits a Leo Burnett office can still get a free apple. It’s a ritual steeped in meaning.

Another example of a ritual comes to us from Dana Point, California where Adrian Hernandez leads the Lifestyle Properties team with rituals that work. Every day he goes through a role play ritual and a script practice ritual with his team. Team members also recite their success affirmations daily, another helpful ritual to bring greater unity, understanding and purpose to all.

So, what’s the message? Take some time this week to think about the rituals that shape your leadership philosophy and the success of your team. Examine your personal rituals and see where you can improve; we are all students of continual improvement. Find those unifying rituals you can enact within your team to create even greater cohesion and care. Rituals are mechanisms for sharing your business’ particular story, and for those who grow accustomed to them, they’re powerful ways to reinvigorate and send renewed purpose to every member of the team. 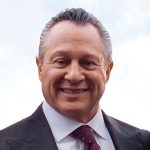 CRD Connect: Strategies for Growing Your Business in 2023

Women in Real Estate: Helping Military Families Thrive, One Move at a Time

What Is a Seller’s Agent in Real Estate?