Q2 Trends: Sinking Inventory, Return of Cities, Millennials on the Move and More

The prime property market is ablaze as agents worldwide continue to experience record levels of activity. But increasingly, concern is mounting around inventory, which remains at an all-time low—even at prime price points. This trend is the most palpable in the United States, where bidding wars on select properties are still prevalent and aspirational buyers continue getting priced out of lower-tier luxury properties.

According to the National Association of REALTORS® (NAR), only 6% of all home sales are for properties in the $1 million+ price point.

Because of this supply-and-demand imbalance and subsequential spike in prices, markets that were once subsidiaries—i.e., satellite towns—have now become luxury destinations, such as areas outside New York City or around Seattle.

For example, pre-COVID, a 90-minute commute from Manhattan would have been considered an outlier. But now, if someone needs to be in the city two or three times a week, a longer commute is no longer considered onerous. That has “stretched” the commute to particularly more suburban areas, even rural communities in Northern Connecticut.

Where else is the money going? Atlanta’s luxury real estate sector has become quite pricey as tech companies, such as Microsoft, open new campuses there.

Charlotte, North Carolina is also feeling the pressure of a hot housing market, fueled by banking industry business and an uptick in new residents. Yet the most compelling markets to watch include Florida, which has become the posterchild for unbridled growth, as well as Texas and Tennessee—Nashville is currently one of the most sought-after markets for high-end homes.

While inclusive of all price points, NAR reports that the South accounts for 46% of all home sales.

And while the Sun Belt is certainly a literal hot-bed, New York is back. Prices of condos in the city are up 20% in many cases, and in the suburbs, it is nearly impossible to find a reasonably priced, move-in ready home.

It is a similar narrative in Chicago, where sales are up between 10% and 15%. Internationally, all eyes are on Dubai, which is seeing record activity levels, fueled, in part, by Russian investors. London, too, is seeing sales coming back in upscale neighborhoods.

Looking ahead, we see the next phase of luxury growth being powered by wealthy millennials.

The amenities they want in their properties—for example, completely wired homes that are fit for remote work as well as more space, “green” access and a great location—will be major influencers on the industry and give way to important opportunity zones.

Co-primary markets will continue to be a mainstay as high-net-worth individuals work from home and seamlessly go between residences. And despite the explosive growth in housing, office districts in major metros such as New York will continue to struggle.

We do not foresee the spike in interest rates—now at 4%—acting as a deterrent for high-net-worth home purchasers in the United States, but it will hamper aspirational buyers.

As a whole, the biggest threats on the horizon are geopolitical, tied to Russia and China.

Affluent individuals in Europe may be thinking about moving their assets to safer havens, such as the United States. Most foreign purchasers of real estate in the U.S. in the last couple of years happened to be affluent consumers from China, Canada, India, United Kingdom and Mexico.

China accounted for the biggest drop of foreign investment in New York real estate as the pandemic hit. So, the absence of Chinese money will be far more impactful than the sanctions or retreat from Russian buyers in the New York market.

It bears keeping in mind that the U.S. and European sanctions only apply to freezing the targeted Russian oligarchs’ assets, not seizures. It is difficult to totally seize the sanctioned Russian oligarchs’ wealth unless governments have established a paper trail linking the purchase of those assets to illicit wealth.

Overall, demand in the market is there, but supply is not. Expectations are high, and the next few months are sure to offer an intriguing glimpse into how the industry will continue to adapt to market gyrations and disruptors on a global scale. 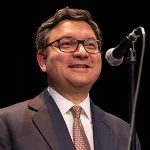 Preparing for Every Stage of Homeownership