Rent prices across the U.S. have shot up, with CoreLogic reporting that single-family rent growth was up overall by 12.6% in July 2022 year over year. To be more specific, all rent tiers, lower-priced, lower-middle priced, higher-middle priced and higher-priced, had increased by 13.9%, 13.6%, 13.4%, and 11.4% respectively.

CoreLogic has also found that the metros of New York, Philadelphia and Washington had seen accelerated rent growth since April 2022. This rings true for New York City, whose prices have soared on sizes of rental spaces. Some of the smallest rentals in the city have reached the highest prices on record.

A housing shortage across the boroughs of NYC has left the rental market in a state of chaos.

Despite a population slip, the city was severely lacking in housing options, found Justin Fox from Bloomberg in an analysis of NYC’s rental market he published in the Washington Post September.

Fox attributes the lack of housing to a few different factors: more single young adults renting rather than families, not enough new housing being built, not enough rental housing, and too many empty apartments (units marked “vacant, not available for sale or rent” have doubled over the past decade).

This lack in housing has led directly to an hefty increase in rental prices in NYC. StreetEasy found in a Q4 of 2021 market study that “The median asking rent in New York City rose to $2,700 in the fourth quarter—an increase of 8.2% from the previous year and 11.6% from the first quarter.”

With a lack of spaces and an increase in price, many tiny apartments have had rent increases that could be considered outrageous. TikTok and Youtube trends under hashtags such as #NYCliving and #NYCapartments have shown many residents and agents going viral for showing off small units within the city.

Micro apartments—apartments under 350 square feet that have a kitchenette and may or may not contain a bathroom within the unit—have become a trend in recent years due to their trendy tiny house feel and boasted affordability. Similarly, tiny studio apartments with their own kitchen and bathroom but sized under 500 square feet, have also been praised online for being affordable and adorable.

Here are some micro apartments in NYC and their monthly rent prices:

And here are some tiny studio apartments and their prices:

While these types of spaces are unique, fun and riding off the hype of the tiny house trend, their price tag is no longer as appealing as it used to be. Even for micro apartments, the most affordable units don’t have a private bathroom but rather a shared hallway bathroom with the other residents. NYC’s status as the city where dreams are made of has fallen quite a bit, but hope appears to be beaming on the horizon.

With other reports saying that the housing market is expected to lean toward buyer’s favor by the end of 2023, the rental market will hopefully be leaning in renter favor as well, sooner rather than later. 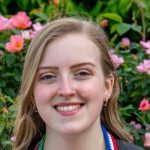 Claudia Larsen is an associate editor for RISMedia.