How to Capture Consumers in the Emerging Market 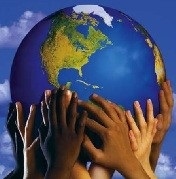 By the Gonzales Group

RISMEDIA, May 8, 2008-The U.S. Census Bureau is predicting that the Hispanic and Asian population will triple by 2050 while that of White non-Hispanic will increase by only 7%. Given that recent report, you don’t have to look very hard to see organizations placing a great deal of attention on emerging markets consumers. This new interest isn’t unique to the real estate industry. In fact, a push to capture emerging market consumers transcends many industries from automobiles to toiletries.

What is it? Where has it come from and why the sudden focus?

Emerging markets are best defined as “Minorities, families of modest means, new Americans, and other underserved families — many with very little wealth and complicated job and financial histories.” Most of the focus has been on the minority component of the emerging market definition and rightfully so.

The multiethnic-consumer pool, like the supplier-diversity sector, is expanding dramatically. People of color accounted for nearly 40% of the growth in homeownership from 1994 to 1999, and will represent 30% of households by 2010. Consumer-buying power in this segment will triple what it was in 1990, indicating major economic strides among African-Americans and Hispanics, according to a new study from the University of Georgia.

Overall buying power, which is defined as the total post-tax, personal income of residents that is available to spend on goods and services, will jump 148% for the period 1990-2008, according to the Selig Center for Economic Growth at the University of Georgia. In 2008, the combined buying power of African Americans, Asian Americans and Native Americans will exceed $1.5 trillion; more than triple the 1990 level of $456 billion. That’s a gain of $1.1 trillion, or 231%. “In sheer dollar power, the economic clout of the nation’s minorities – Hispanics in particular – is formidable,” states Jeff Humphreys, Selig Center director.

Hispanic buying power, however, will jump 357%, while that of blacks will increase 189% from 1990 to 2008, the study says, continuing the upward mobility of minorities in the United States.

What does this mean to real estate professionals?

It means that the home buyers in your near term and extended future will play a major role in your business.

Over the next five-year period, total households are forecasted to grow about 5%, which will add about 5 million new households. Emerging market home buyers will make up a majority of this growth. For example:

So how do you prepare to accommodate the increased buying power and growth of these populations?

It requires attention to cultural awareness and education. Many emerging market home buyers have little, if any, point of reference for what a real estate professional is and the role they play in the transaction. Many organizations have emerged over the past several years such as the National Association of Hispanic Real Estate Professionals (NAHREP) (www.nahrep.org) and the Asian Real Estate Association of American (AREAA) (www.areaa.org) to help educate real estate professionals on the uniqueness of their respective cultures.

One thing is certain-the home buying landscape is changing and if you are going to capitalize on it, you need to tweak your business plans and marketing approaches to accommodate the new consumer.

Mortgage Applications Decrease During Last Week of May

More Than Half of Mortgage Borrowers Didn’t Shop Around