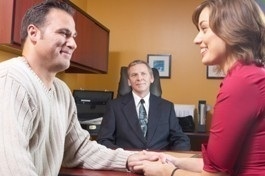 RISMEDIA, August 12, 2010—(MCT)—A few years ago, it took little more than a smile to be a mortgage lender. There were 13,000 people writing home loans in Washington alone, but we all know the consequences of the no-doc, liar loan bust: defaults by millions of borrowers, failing banks and ultimately, the worst recession in many decades.

But the pendulum has swung the other way.

Last week, federal regulators published the rules that will implement the Secure and Fair Enforcement for Mortgage Licensing Act of 2008, otherwise known as SAFE.

Enacted in the midst of the financial crisis by Congress, SAFE has bite marks.

Every mortgage originator will have to register with a Nationwide Mortgage Licensing System and Registry, which will give them a unique identifier that will stay with them as long as they remain in the business. Consumers must be given those identifiers as a way for them to check the background of the lender they are dealing with.

Included in the information originators will have to provide the registry are fingerprints for criminal background checks. The prints will remain on file with the registry. They will also have to submit detailed financial information, like whether there are any liens against them, any bankruptcies or even a foreclosure.

An originator under financial duress might make loans they might otherwise reject, Bortner said. She said regulators will take into account extraordinary circumstances that might have brought on individual financial problems, but if a pattern is detected the applicant will be rejected.

To some extent, she adds, the decision whether an originator can remain in the business will be up to insurers who may be unwilling to bond individuals with more in their file than they would care to underwrite.

The federal rules do not kick in until Oct. 1, 2010, and the database will not start accumulating names until early next year. But the deadline in Washington was July 1, and 2,163 of 2,800 applicants made the cut. Many who did not could not pass a test covering mortgage law and ethics or did not have the required training.

As ombudsman for the National Mortgage Lenders System, Bortner said she has taken several calls a week from loan originators who do not know how to comply with the new education and licensing standards. She predicts some nonqualifiers will seek positions where compliance might not be necessary, but adds there will be fewer places to go under the new law.

Bortner said SAFE should give consumers a lot more confidence as they work through the mortgage process—the trade-off will be higher costs.