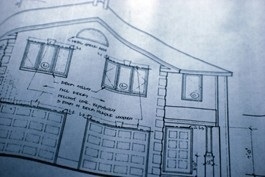 RISMEDIA, August 13, 2010—(MCT)—When the air sputtered out of the housing bubble, new home builders struggling to survive went with smaller homes that could appeal to a broader base of buyers. It’s a strategy that has worked for builders such as Sam Palazzolo, owner of Palazzolo Brothers in Sterling Heights, Mich.

“I do believe the younger generation isn’t looking to build mansions anymore,” Palazzolo said. “They are looking at simpler lives. They aren’t looking for the same houses that the baby boomers were.”

Case in point: The Bedford, the most-popular floor plan this year at his Rivers Edge at Cherry Hill development in Canton, Mich., has a slimmed-down version. The starting price for the 2,400-square-foot floor plan five years ago was in the low-$300,000 range. Now, the builder offers an 1,800-square-foot version priced at just under $200,000. He sold nine of them through June of this year.

The new floor plan also has a 400-square-foot bonus unfinished space above the garage. “Other builders are doing the same thing, and it is very popular to have that bonus room,” Palazzolo said.

Jessica Muscat and fiancé Matthew Domako purchased the 1,800-square-foot Bedford model in June and were swayed by the bonus room. Their home search included forays into foreclosures and short sales, but eventually they chose to build their own home when they didn’t find what they were looking for.

The house has three bedrooms and two full baths plus a half-bath. It also features a second-floor laundry room. The colonial style also appealed to Muscat, who grew up in a three-bedroom ranch-style house and was ready for a change.

The trend for smaller new homes has been building over the past few years as the economy and housing crisis have taken a toll on consumer confidence.

The average sizes of new homes built in America shrunk last year to 2,438 square feet after nearly three decades of growing floor plans. The average single-family home peaked at 2,521 square feet in 2007. It was flat in 2008 as the housing crisis took hold and then dropped in 2009, according to U.S. Census data released by the National Association of Home Builders.

New homes shrunk by nearly 100 square feet in 2009 compared with 2007. Those built today also have fewer bedrooms as three-bedroom homes become the norm instead of four-bedroom homes. Other things getting smaller include the number of bathrooms and floors.

The last time there was a drop in the size of homes was in the early 1980s during the national recession, said David Crowe, chief economist for the National Association of Home Builders. While that home-size decline was temporary, this time the changes could last longer because the reasons include an increased number of first-time home buyers, a desire to keep energy costs low, smaller amounts of equity in homes to roll into the next one, tighter credit and less focus on the investment component of buying a home, he said.

“Many of these tendencies are likely to persist and continue affecting the new home market for an extended period of time,” Crowe said in a statement.

Chris Naatz, the Midwest-area director of marketing for Bloomfield Hills, Mich.-based Pulte Group, said there is a demand for more-affordable homes and that builders are trying to meet that demand.

“Five years ago, home sizes were growing each year and now people seem more practical,” he said. “Savings are up, and a home is a very tangible thing that you enjoy every day.”

Part of the growth during the boom was driven not only by consumer demand, but also by municipalities that required a certain lot size for each home such as an acre, he said.