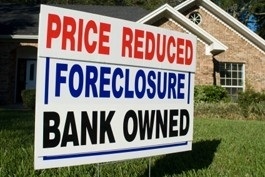 RISMEDIA, September 1, 2010—With a number of real estate markets still reeling in the midst of the nation’s economic crisis, bargains persist for savvy investors looking to add to their portfolios of rental properties. Prices have even gone low enough in some markets for so-called flippers to purchase, rehabilitate and resell properties in the short term.

“As the national economy continues to laboriously work its way back to prosperity in an uncertain future, the dynamics of local real estate markets continue to offer opportunities for investors to purchase properties at exceptional discounts,” said James Saccacio, chief executive officer of RealtyTrac. “The old saying that there’s no better time than the present has never been truer than it is today.”

Based on data from RealtyTrac, National Association of Realtors (NAR) and Bureau of Labor Statistics (BLS), and compiled by RealtyTrac, a number of the nation’s metro areas stand out due to available discounts on purchasing distressed properties and other factors. The five listed below in particular were selected because they offer an average sales price discount of at least 35% on foreclosure purchases, positive year-over-year growth in median home prices and relatively low unemployment rates compared to state and national averages.

1. Memphis, TN
Consisting of Fayette, Shelby and Tipton counties in Tennessee, along with adjacent Crittenden County, Arkansas, and De Soto, Marshall, Tate and Tunica counties in Missouri, the Memphis metropolitan statistical area (MSA) had an estimated population of 1.3 million people as of July 2009, according to the U.S. Census bureau.

More than 3,000 properties sold in the MSA during the first quarter of 2010, with 37% of those being foreclosure properties, selling at an average discount of nearly 53%, according to RealtyTrac.

On a year-over-year basis, unemployment was up one point in March to slightly above the national average at 10.6%, according to the BLS. Despite the unemployment numbers, however, home prices increased 18.5%, with the average foreclosure selling for $72,904 during the quarter.

In total, more than 2,200 properties sold during the quarter, with 22% of those being foreclosure properties selling at an average savings of nearly 48%. The March unemployment rate was below the national average at 9.8%, a slight uptick of less than one point from March 2009.

Metro home prices rose during the quarter by 6.8% from the previous year, with the average foreclosure property selling for $89,839 during the first quarter.

3. Buffalo-Niagara Falls, NY
Erie and Niagara counties make up this MSA, which more than 1.1 million people called home in 2009.

Although only 8% of the MSA’s total 800 properties sold were foreclosures during the first quarter, they sold at a discount of more than 47%. Unemployment in the MSA was well below the national average at 8.6% in March, a slight downturn from a year ago.

4. Cleveland-Elyria-Mentor, OH
One of the poster children for what went wrong when the real estate market crashed and foreclosures took off in 2007, Cleveland and its surrounding area is making a comeback of sorts.

Home to an estimated 2.1 million people in 2009, the Cleveland MSA is made up of Cuyahoga, Geauga, Lake, Lorain and Medina counties.

Almost 1,000 properties sold during the first quarter, 26% of which were foreclosures selling at an average discount of more than 45%. Unemployment was virtually on par with the national average in March at 9.8%, up marginally from the same month last year.

“I think a lot of people get down on places like Cleveland and Detroit,” Butler said. “They’re overlooking those places. The focus has been on Detroit, but the rest of Michigan is in pretty good shape. Also Mississippi and Georgia, where plants got shuttered, they are now opening. The auto industry is bouncing back.”

“If you want to buy and hold for cash flow, then the Midwest—Cleveland, etc.—is the place you can buy for $30,000,” said Phyllis Rockower, founder and president of the Real Estate Investors Club of Los Angeles.

A good portion of Northern California comprises this metro area, consisting of Alameda, Contra Costa, Marin, San Francisco and San Mateo counties, some of which are “rebounding pretty well,” according to James Gaines, research economist for the Real Estate Center at Texas A&M University.

Forty-five percent of all first quarter home sales in the metro area were foreclosure properties. Selling at a discount of 41%, the average foreclosure sold for $327,262.

“When I first started teaching five years ago I did a lot of workshops in California,” said real estate investor and trainer Andy Heller. “Of the active investors living in California, I would estimate that 70 percent were investing out of state. I’ve been doing a lot of workshops in California the last year, and I would estimate that now the active investors have totally flipped. Now they’re investing in-state. They didn’t before because they felt the numbers couldn’t work. Now they do.”