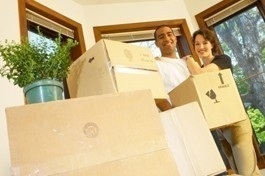 RISMEDIA, October 15, 2010—Nearly eight out of 10 respondents believe buying a home is a good financial decision, despite ongoing challenges with the economy and housing market. That’s according to the 2010 National Housing Pulse Survey, an annual report released by the National Association of Realtors. The survey, which measures how affordable housing issues affect consumers, also found job security concerns to be the highest in eight years of sampling, with 70% of Americans saying that job layoffs and unemployment are a big problem in their area; eight in 10 cite these issues as a barrier to homeownership.

“The real issue facing the nation’s economy right now is that many Americans can’t find meaningful work to support their families,” said NAR President Vicki Cox Golder, owner of a real estate company in Tucson, Ariz. “While a job recovery is what’s needed right now to get the economy and housing market back on the right track, owning a home continues to be part of the American Dream and one of the best long-term investments in your future.”

Despite economic uncertainty, 68% of those surveyed still believe now is a good time to buy a home; while that number is down from last year (75%), it’s up from 2008 (66%) and 2007 (59%). Lower home prices and record-low mortgage interest rates may be attracting buyers to the housing market—more than one-fourth of renters said they are thinking more about buying a home than they were a year ago. Sixty-three percent of renter respondents said that owning a home is a priority in their future, and nearly 40% said it was one of their highest priorities.

Lower home prices have improved affordability. In fact, the percentage of renters who are worried that the cost of housing is getting so unaffordable that they will never be able to buy a home has decreased steadily since 2007, from 63% to 57%.

Despite improved affordability, 79% of respondents still consider having enough money for down payment and closing costs to be among the biggest obstacles to buying a home. Another obstacle is a lack of confidence in their ability to be approved for a loan, reported by 73% of respondents.

The good news is that Americans are seeing more stability in the real estate market. Nearly seven out of 10 believe that home values have stabilized in their area; the same number expects home sales to remain about the same through the end of the year.

While more than half (51%) say foreclosures are a problem in their area, the rate of foreclosures is also seen as stabilizing; 51% say the rate is about the same as last year. Thirty-six percent of respondents cite the recession, loss of jobs and the poor economy as the main reason for the ongoing foreclosure problem. This has also led to a slight increase in the number of people who believe the federal government should take a more active role overseeing loans and mortgages (44%, up from 43% last year).

While nearly seven out of 10 say it’s harder to sell a home in their area today than it was a year ago, it’s less of a concern from last year when the number was 10 percentage points higher. This is most likely the result of lower home inventories.

The 2010 National Housing Pulse Survey is conducted by American Strategies and Myers Research & Strategic Services for NAR’s Housing Opportunity Program. The telephone survey was among 1,209 adults living in the 25 most populous metropolitan statistical areas. The study has a margin of error of plus or minus 3.1 percentage points.