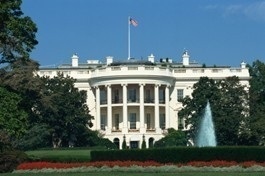 RISMEDIA, October 28, 2010—The U.S. Department of Housing and Urban Development (HUD) and the U.S. Department of the Treasury released the October edition of the Obama Administration’s Housing Scorecard (www.hud.gov/scorecard). The latest housing figures show continued signs of stabilization in house prices and high home affordability due in part to record low interest rates. The housing scorecard is a comprehensive report on the nation’s housing market.

“Over the last 21 months, the Obama Administration’s swift action in the housing market has kept millions of families in their homes and provided responsible borrowers with incentives to refinance or to become a homeowner,” said HUD Assistant Secretary Raphael Bostic. “But, with many unavoidable foreclosures still in the pipeline, it’s clear that we have a hard road ahead. That’s why we’re focused on successfully implementing the programs we’ve put in place—such as additional assistance on refinancing and helping unemployed homeowners stay in their homes—and ensuring that help is available to homeowners as soon as possible.”

“HAMP is not only an important part of the Administration’s efforts to stabilize the housing market, it has also redefined the loan modification standard for the mortgage industry overall. That has led to more than 3.5 million modification arrangements directly benefitting families in communities across the country still healing from the crisis,” said acting Assistant Secretary for Financial Stability Tim Massad. “Early data shows that well beyond the trial phase, the majority of homeowners are maintaining their HAMP modifications, reflecting the rigorous standards the program uses to provide assistance to responsible homeowners.”

The October Housing Scorecard features key data on the health of the housing market including:

-As expected with the expiration of the Home Buyer Tax Credit, new and existing home sales remained below levels seen in the first half of 2010. At the same time, home prices remained level in the past year after 33 straight months of decline and homeowners added $95 billion in home equity in the second quarter.

-More than 3.52 million modification arrangements were started between April 2009 and the end of August 2010—nearly triple the number of foreclosure completions during that time. These included more than 1.3 million trial Home Affordable Modification Program (HAMP) modification starts, more than 510,000 Federal Housing Administration (FHA) loss mitigation and early delinquency interventions, and more than 1.6 million proprietary modifications under HOPE Now. While some homeowners may have received help from more than one program, the number of agreements offered nearly tripled foreclosure completions for the same period (1.3 million).

Data in the scorecard also show that the recovery in the housing market continues to remain fragile. For example, foreclosure completions continue to move upward and a large supply of homes are being held off the market. While the recovery will take place over time, the Administration remains committed to its efforts to prevent avoidable foreclosures and stabilize the housing market.