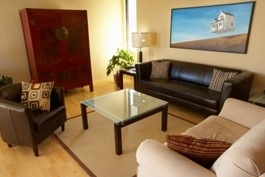 RISMEDIA, January 24, 2011—Now that the U.S. Census data has been released and we know where people live in our country, national off-price retailer HomeGoods recently conducted a survey to determine how we live in our homes. The survey complements the recently released 2010 U.S. Population Census and reveals the following:

Extreme makeover needed and make it traditional
Almost half of Americans (47%) have not updated their home decor in the last five years and 9% percent haven’t updated their decor in over 10 years. As for style, Americans say the overall look of their homes is traditional (44%), followed by modern (22%), eclectic (13%), country (10%) and global (2%).

Wake-up call
While Americans take great pride in their homes, they are hardly ever in them. Thirty-six percent say they only spend five to eight waking hours in their homes each day, followed closely by 26% stating they spend nine to 12 hours a day at home.

No Carrie Bradshaws allowed
A surprising majority of women (65%) would rather shop for their homes rather than for shoes (35%). And equally as surprising, more than 58% of men say shopping for home decor is much more fun than shoe shopping.

On display
You promised ’till death do you part, but does that include displaying his stuffed moose head or her porcelain doll collection prominently until then? Thirty-eight percent of men and 46% of women secretly wish they could throw out an item that their significant other keeps on display in their home.