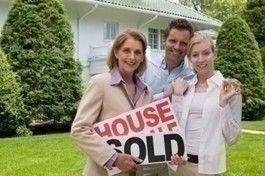 (MCT)—Sales of existing homes ticked down in December from the month before, while the total for 2012 hit the highest level in five years, according to data released Tuesday by the National Association of REALTORS®.

The rate in November was revised to 4.99 million from an earlier estimate of 5.04 million, which was the highest rate since November 2009. Economists polled by MarketWatch had expected a rate of 5.1 million for December, with buyers eager to take advantage of relatively high affordability in a housing market that is gaining steam.

Buyers’ concerns about the “fiscal cliff” may be at least partially behind December’s sales decline, wrote Millan Mulraine, macro strategist at TD Securities, in a research note.

“Given this, we anticipate that sales activity could rebound in January following the tax deal, given the very supportive buying conditions and the increasing incentive for first-time buyers (who are currently sitting on the fence) to slowly move into the market as prices begin to firm,” Mulraine wrote.

Sales in each of the four regions were up from same period in the prior year.

Inventories fell 8.5 percent to 1.82 million units in December, representing at the current sales rate a 4.4-month supply, the lowest supply ratio since 2005. It’s typical for inventories to decline in winter. But Yun warns that persistently low inventory could lead to too much price growth in 2013.

“We don’t want to see a rapid appreciation in prices,” he says.

Other recent housing data have also shown a market gaining strength but still has far to go.

A report on home-builder sentiment showed that confidence is holding at a more-than-six-year peak. Separately, a report showed that new home construction jumped 12 percent in December to the highest rate in more than four years, rushing past Wall Street’s expectations.