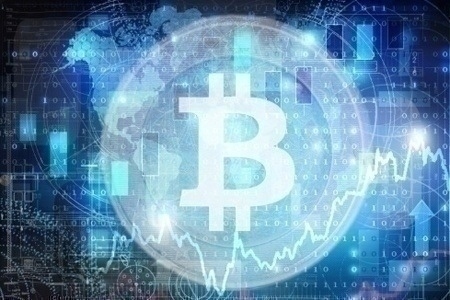 (MCT)—Will home purchases and mortgages ever be transacted in bitcoins?

That this question gets asked with increasing frequency is an indication of how far the Bitcoin phenomenon has come. Readers should recognize that any answer at this point has to be highly speculative.

Real estate transactions won’t be executed in bitcoins before bitcoins become a generally acceptable medium of exchange — which is the textbook definition of “money.” Right now, we are a long way from bitcoins being money. While a number of things can be purchased with them, acceptability is still very limited, and real estate transactions are unlikely to be among the early adopters. Indeed, if the existing dollar-based system continues to work effectively, it might never happen.

Bitcoin is a decentralized digital currency that allows payments to be made over the Internet without an intermediary. A bitcoin is a computer file owned by someone, say A, who can discharge a debt to B through the transfer of the file to B, without any third party involvement. To prevent A from using the same bitcoins to purchase something from C, the transaction with B is recorded in a public file called the “block chain.” Every transaction is checked against that file, so if A tries to use the same bitcoins twice, the second attempt will “bounce.”

Whether Bitcoin becomes money depends on whether or not they have (or will have) all the features required for general acceptability as money. Two required features that they clearly have are homogeneity and divisibility. Every bitcoin is identical to every other bitcoin, and they can come in any denomination. In these respects, bitcoins are just like bank deposits.

Another required feature, more nebulous but equally critical, is credibility. When I try to explain Bitcoin to friends, they invariably ask, “What is the backing?” This is another way of asking about the source of Bitcoin credibility.

Bitcoins are computer files with no intrinsic value. There are no third parties offering to convert bitcoins into any other assets at a fixed price. And Bitcoin does not have the backing of any government — in fact, some governments, including China’s, are hostile to it and have taken steps to curtail its use.

Yet none of this means that Bitcoin cannot acquire credibility in a way that is different from that of all prior monies, and that was a major purpose of the anonymous guru who designed the system. It was not only made tamper-proof but also has a built-in mechanism for regulating and limiting the total supply of bitcoins that can ever become available. In time, this could make the Bitcoin system more credible than those that depend entirely on the sponsorship of government, which all too often breaks down.

Governments that succumb to the temptation to create money in order to pay their bills eventually destroy the credibility of their money system. The most recent example of this is Zimbabwe, where the government destroyed its own system and now uses the US dollar system.