Home Values at or Near Pre-Recession Highs in 1000+ U.S. Cities 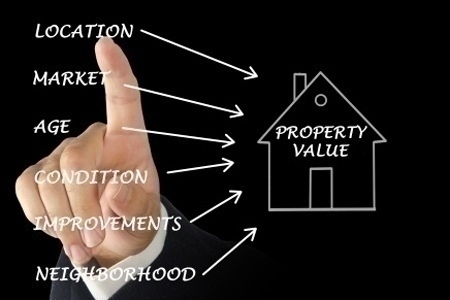 Declines in home values experienced during the recession have already been, or are close to being, erased in almost 20 percent of metro housing markets nationwide as values continue to rise, according to the first quarter Zillow Real Estate Market Reports. U.S. home values climbed 5.7 percent year-over year in the first quarter, to a Zillow Home Value Index of $169,800.

Nationally, home values remain 13.5 percent below their 2007 peak, after falling 22.6 percent during the recession before bottoming in 2011. But the housing recession is almost entirely in the rearview mirror in 1,080 of the more than 8,700 cities and towns covered by Zillow, with home values already at or expected to reach pre-recession levels in the next year, including in many hard-hit areas. Among 6,781 cities and towns that experienced home value declines of 10 percent or more during the recession, values in 527 have either fully recovered or are expected to recover fully by the first quarter of 2015.

Among the more than 300 metros covered by Zillow, home values in 60 have already exceeded or are expected to exceed their pre-recession peaks in the next year, including in Dallas, Houston, Denver, Pittsburgh, San Antonio, San Jose and Austin. In a majority of metros, housing affordability is and will remain strong even as prices continue to rise. But homes in a handful of metros – including San Francisco, Los Angeles, San Jose and San Diego – are already unaffordable, with the share of residents’ incomes currently devoted to monthly mortgage payments exceeding historic norms.

“The lows of the housing recession are becoming an increasingly distant memory as home values reach new highs and homes become more expensive than ever in many areas. This is a remarkable milestone coming only two and a half years after the end of the worst housing recession since the Great Depression, and is a testament to just how robust this housing recovery has been,” says Zillow Chief Economist Dr. Stan Humphries. “So far, this steady appreciation has not created affordability issues in the majority of places. But there are a handful of markets where affordability is again a challenge, even with mortgage interest rates incredibly low. Mortgage interest rates won’t stay low forever. And rents have also been marching steadily higher for several years. As a result, the housing affordability issues we’re already seeing in select markets could become a much more widespread concern a few years from now. As affordability worsens, more residents will be forced to search for affordable housing farther from urban job centers, and home values in some areas may have to come down.”

Nationally, rents rose 2.7 percent year-over-year in the first quarter and 0.9 percent compared to the fourth quarter of 2013, to a Zillow Rent Index of $1,315. U.S. rents have risen year-over-year for more than two years straight.