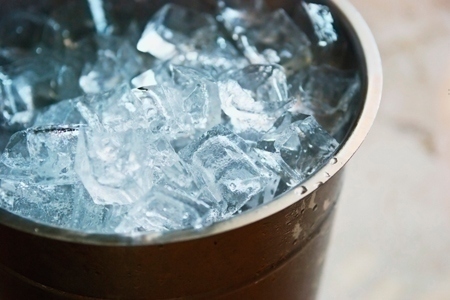 They accepted the Ice Bucket Challenge, a charitable craze that has burst into America’s bloodstream. I’d say it’s warming the blood, but everything below my skull is currently frozen.

Having a bucket of ice water dumped on your head will do that. There are other risks, such as being exposed to the sight of New Jersey Gov. Chris Christie in a wet T-shirt. But temporary blindness is a small price to pay if it helps defeat ALS.

That’s amyotrophic lateral sclerosis. The name is so clunky, it’s been referred to as Lou Gehrig’s disease since the baseball legend died of it 73 years ago. All that time, and there’s still no cure.

Almost 6,000 Americans are diagnosed with it every year. One was Pete Frates, a former pitcher for Boston College. He posted a video on Facebook of himself being doused a couple of weeks ago, and a social-media phenomenon was born.

The rules are simple. The person getting drenched challenges three more people to do the same. The video gets posted, and those people have 24 hours to respond.

They either get iced or donate $100 (less is acceptable, of course) to an ALS charity. Then they dare three more people to take the challenge.

For instance, Christie challenged Zuckerberg, who got all wet and challenged Bill Gates. There was no word at this writing whether the world’s richest man would take a freezing shower.

The world’s most powerful man declined. President Barack Obama was challenged by Kennedy after her 86-year-old body was drenched recently. Hillary Rodham Clinton probably would have volunteered to dump a bucket of water on the president, but he opted to donate $100 to the cause.

What do I have in common with people such as Obama, Zuckerberg, Fallon and Stewart?

I’m pretty much a nobody. I also still want to ram my car into any vehicle sporting a “Baby On Board” sign. I hate fads, but I like an easy column and know the Ice Bucket Challenge is worth promoting.

A few skeptics aren’t so sold. Time’s website deemed it “problematic in almost every way.” Slate described it as a “viral phenomenon whose ostensible purpose is to raise money for charity.”

They contend the real purpose is to give people an excuse to preen and promote their virtuosity. They point out that the Ice Bucket Challenge’s origin is sketchy, since there were similar challenges before Frates came along.

They also say getting ice dumped on one’s head is an excuse not to donate. Don’t tell that to The ALS Association.

As of mid-August, it had received $7.6 million in donations since July 29. Last year’s take in that period was $1.4 million.

I will admit the challenge has some problems. Like narrowing down the list of people you’d like see get a bucket of cold water dumped on their heads.