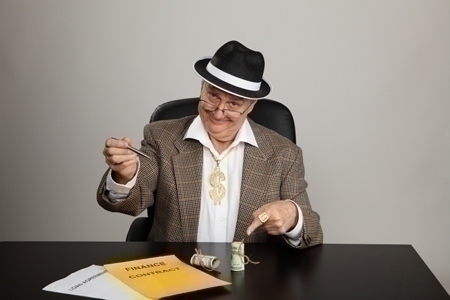 (MCT)—For years, it was “the Wild West” of real estate scams.

As the housing crisis pummeled struggling homeowners, scammers pounced. They offered “easy” loan modifications and “foreclosure counseling” that were often nothing more than attempts to wrest money from distressed consumers.

“The amount of fraud that was occurring in the loan modification sector was unprecedented,” says Tom Pool, spokesman for the California Bureau of Real Estate. “So many were fly-by-night operators who would take consumers’ money upfront and then disappear…It was the Wild West.”

Between 2009 and 2011, the state of California shot down more than 1,100 loan modification scammers who popped up amid the housing meltdown. Those enforcement efforts, backed by California’s first-in-the-nation law making it illegal to collect upfront fees for loan modifications, are credited with largely—although not entirely—quelling the problem.

“We’re not receiving nearly as many complaints on loan modification scams. They’re very infrequent,” says Pool, who recalls just five years ago when the bureau was receiving “hundreds and hundreds of complaints” every year.

But more recently, loan modification scams were back in the news as the Federal Trade Commission and the Consumer Financial Protection Bureau in Washington, D.C., jointly announced a coast-to-coast crackdown on a handful of law firms, companies and individuals, accused of collecting more than $25 million in illegal fees from distressed homeowners.

Among them were two Southern California firms, Siringoringo Law Firm and Clausen & Cobb Management Company, whose principals were accused of partnering on schemes to charge illegal fees for loan modifications. According to the CFPB’s complaint, thousands of Californians were duped into paying initial fees between $1,200 and $3,500, in addition to $495 monthly fees, for supposed loan modifications, in violation of state and federal laws.

“These companies pocketed illegal fees—taking millions of hard-earned dollars from distressed consumers, and then left those consumers worse off than they began, CFPB Director Richard Cordray says in a statement. “These practices are not only illegal, they are reprehensible.”

The FTC and CFPB’s investigation accused the companies of four types of “egregious” behavior: Illegally collecting advance fees before obtaining a loan modification; inflating their success rates in obtaining loan modifications; duping consumers into thinking they were getting legal representation; and making false promises.

In many cases, the agencies says, consumers were left in worse financial shape than when they started the process of trying to get their underwater home loans reconfigured.

Altogether, the FTC and CFPB filed nine lawsuits against the defendants, seeking court orders to freeze their assets pending outcome of the suits.

Gary Almond, president of the Northeast California Better Business Bureau, says he’s not surprised that the recent FTC and CFPB complaints involved law firms that teamed up with firms that perpetrated the shady loan modification operations. “It’s a fee-splitting issue. Over the last 10 years, a lot of lawyers have lost their licenses over this type of activity,” Almond says.

And consumers were often misled. Thinking they were getting help from a reputable lawyer, they were duped into paying illegal fees to attorneys who promised to go after their lender or get their loan terms modified, he says. “People believe them. But many people were dealing with these mortgage consultants who were nothing more than a wolf in sheep’s clothing.”

Consumers facing mortgage troubles should always start by contacting their mortgage lender. If you can’t get satisfaction in modifying your mortgage terms or payments, seek out free help from HUD-certified housing or “foreclosure avoidance” counselors, who are available in all 50 states. They work under the eye of the U.S. Department of Housing and Urban Development.

Or get help from an accredited credit counseling agency, which offer all types of money management help, either for free or for a nominal fee.

Never shell out money ahead of time for assistance.

“Go with your gut. If someone asks you for money upfront and it doesn’t feel right, your instincts are probably correct,” says Brad Dwin of HopeNow.org, a group of mortgage-related companies that works with nonprofits and government agencies to provide free help to struggling homeowners. “There are enough free services out there that homeowners should never have to pay for (loan modification) services.”