You Can’t Take It with You: How Brokers Should Prepare for Their Exits, and Why Most Still Don’t 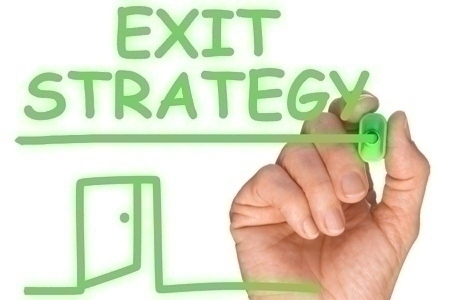 Their assumptions about the value of their business and ability to find buyers or management replacements can be overly optimistic. At 71, Ed Krafchow still has some unfinished business.

He’s led Better Homes and Gardens Mason-McDuffie Real Estate in Pleasanton, Calif., since 1991 and helped propel its expansion to 30 offices and more than $3 billion in annual sales. He’s been recognized and awarded for a lifetime of achievement in real estate. But where other executives his age are wearing out their fishing reels and putters in retirement, Krafchow has no intention of fading into the sunset.

“My ‘plan’ is to leave with a toe tag on,” Krafchow states. “I love what I’m doing and have every intention of doing it until I can’t or don’t want to.” But that doesn’t mean he hasn’t made contingency arrangements in the event, “I drive off the road one day.” He’s appointed the brokerage’s CFO Robert Wolf as executor of his estate, and Wolf would run the operations in Krafchow’s absence.

Krafchow is like many senior real estate brokers who seemingly aren’t as obsessed with succession planning or exit strategies as owners in other industries. Rachel Owens, a principal with Succession Strategies in Santa Ana, Calif., says she rarely approaches brokers as clients because their “plan” usually doesn’t extend beyond selling their businesses eventually.

“Most brokers run their companies in the moment, not as a business,” observes Jose Perez, founder and president of Atlanta-based broker consultancy PCMS Consulting. He’s not surprised that brokers in their 70s “aren’t even thinking of leaving.”

“We all believe we’re going to live forever,” says Dick Schlott, the 70-something chairman and CEO of Gloria Nilson and Co. Real Estate in Red Bank, N.J., a business he acquired five-and-a-half years ago. Schlott doesn’t have a succession plan in place, although his COO currently runs the day-to-day operations. “I know many guys my age or older who are still active. They may not be showing houses anymore, but this business doesn’t necessarily have an end to it.”

But experts who specialize in succession strategies think brokers need to re-examine their insouciant attitude about the future because, they say, it’s based on uncertain assumptions that unanticipated events—to say nothing of a still-unpredictable real estate market—have a way of upending.

“When I hear people say they are going to die at their desks, they aren’t being reasonable, and isn’t reasonableness a requirement in any real estate transaction?” asks Wayne Rivers, co-founder and president of Raleigh, N.C.-based Family Business Institute. He admonishes brokers who leave succession and exit plans to the last minute, because they are doing a disservice to their agents and employees. “They aren’t being stewards of their professional resources.”

Business and Life Inseparable
REALTORS®, in general, are getting older, according to National Association of REALTORS® membership data. And brokers in particular see themselves as irreplaceable. But other factors enter into their desire to linger as business owners. “For many people, real estate is a second career that they come to later in life,” explains Rainy Hake, executive vice president of Saratoga, Calif.-based Alain Pinel REALTORS®, whose co-founder (in 1990) and longtime president Paul Hulme still goes to the office six days a week.

Hake also points out that real estate “is not a nine-to-five job” and is often intertwined with the broker’s personal life.

That profile of a senior broker corresponds with one of the three types of business owners described by Dr. Joseph Astrachan, executive director of the Cox Family Enterprise Center at Kennesaw State University in Georgia. There are professionally oriented owners who “are always looking to make continuous improvements,” he says. Owners at the opposite end of the spectrum can’t see beyond the present. And then there are owners, says Astrachan, whose companies are their identities, and who, perhaps inadvertently, “sabotage” attempts at succession planning.

Astrachan thinks most real estate brokers probably fall into this third category. And by putting a succession or exit strategy on hold, brokers could be “trying to balance their needs with their families and their employees,” but run the risk of “screwing it up for everyone.”

Three Options Examined
Talk to brokers and you’ll hear the same assumptions about the future: that eventually they will sell their book of business at or near their asking price; or that they will find the ideal person to fill their shoes; or that a family member is patiently waiting in the wings to take over the business.