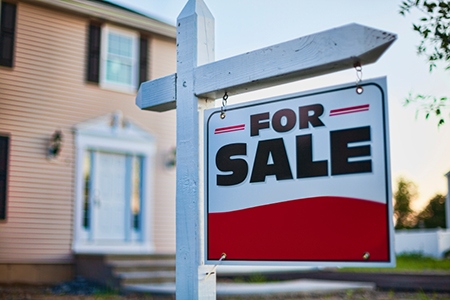 With mortgage rates remaining below 4 percent for the third straight month, existing-home sales in October were at a healthy pace but failed to keep up with September’s jump, according to the National Association of REALTORS®. All four major regions saw no gains in sales in October.

Total existing-home sales, which are completed transactions that include single-family homes, townhomes, condominiums and co-ops, fell 3.4 percent to a seasonally adjusted annual rate of 5.36 million in October from a slightly downwardly revised 5.55 million in September. Despite last month’s decline, sales are still 3.9 percent above a year ago (5.16 million).

Lawrence Yun, NAR chief economist, says a sales cooldown in October was likely given the pullback in contract signings the last couple of months. “New and existing-home supply has struggled to improve so far this fall, leading to few choices for buyers and no easement of the ongoing affordability concerns still prevalent in some markets,” he says. “Furthermore, the mixed signals of slowing economic growth and volatility in the financial markets slightly tempered demand and contributed to the decreasing pace of sales.”

“This report reveals a slowing but strong real estate market in the weakest seasonal quarter of the year,” says realtor.com Chief Economist Jonathan Smoke. “However, tight supply continues to be a major factor holding back growth in the market.  Inventory is down 5 percent over last October, and due to this tight supply, the year-over-year price appreciation remains above average at 6 percent.

Adds Yun, “As long as solid job creation continues, a gradual easing of credit standards even with moderately higher mortgage rates should support steady demand and sales continuing to rise above a year ago.”

The median existing-home pricefor all housing types in October was $219,600, which is 5.8 percent above October 2014 ($207,500). October’s price increase marks the 44th consecutive month of year-over-year gains.

Total housing inventory at the end of October decreased 2.3 percent to 2.14 million existing homes available for sale, and is now 4.5 percent lower than a year ago (2.24 million). Unsold inventory is at a 4.8-month supply at the current sales pace, up from 4.7 months in September.

“Sales of existing homes have been relatively brisk throughout 2015, but have been constrained by a lack of inventory, driving prices up faster than expected,” says Quicken Loans Vice President Bill Banfield. “Looking ahead, talk of looming interest rate hikes may have created some urgency for homebuyers, which we could see reflected in reports in the coming months.”

“All-cash and investor sales are still somewhat elevated historically despite the diminishing number of distressed properties,” adds Yun. “With supply already meager at the lower-end of the price range, competition from these buyers only adds to the list of obstacles in the path for first-time buyers trying to reach the market.”

NAR President Tom Salomone says REALTORS®overwhelmingly applaud the Federal Housing Administration’s announced changes to begin simplifying some of its overly-restrictive condo certification procedures. “With first-time buyers held back in several markets, affordable FHA financing needs to be a viable option in helping them achieve homeownership,” he says. “The new changes to FHA’s condo policy, including improving owner-occupancy requirements, streamlining the recertification process, and addressing restrictions on eligible property insurance for condos will go a long way in improving the ability for these young households to purchase a condo.”

Single-family home sales fell 3.7 percent to a seasonally adjusted annual rate of 4.75 million in October from 4.93 million in September, but are still 4.6 percent above the 4.54 million pace a year ago. The median existing single-family home price was $221,200 in October, up 6.3 percent from October 2014.