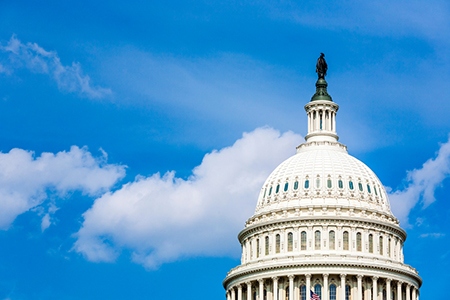 The National Association of REALTORS® (NAR) works diligently on a legislative and regulatory agenda that encourages a sound and robust U.S. real estate market and protects the business interests of consumers as well as REALTORS®. In 2015, significant accomplishments have included:

A TILA-RESPA Integrated Disclosure (TRID) Rule Implementation Delay; Written Guidance Issued
Following months of intense outreach by NAR and industry partners, the Consumer Financial Protection Bureau (CFPB) moved the implementation date of the new TRID rule to October 3. NAR also pressed the CFPB for written assurances that early enforcement of the new rules will consider good faith efforts of supervised entities. On October 1, CFPB Director Richard Cordray, on behalf of the six federal financial regulatory agencies, provided those assurances in a written letter to the industry. Additionally, NAR worked with the CFPB to allow brokers and agents to co-brand the “Your Home Loan Toolkit” and received clarification that affiliate title companies and mortgage lenders can co-brand, produce, and deliver the toolkit to agents without violating RESPA.

“Waters of the U.S.” Rule Implementation Temporarily Halted
NAR has worked vigilantly with Congress and other stakeholders to oppose an Environmental Protection Agency (EPA) rule that vastly expands its authority over more water bodies and increases regulation of private property land use. By supporting all available legislative efforts to have the “Waters of the U.S.” rule withdrawn, NAR’s actions prompted passage of H.R. 1732, the “Regulatory Integrity Protection Act,” which would require the EPA to withdraw the rule and start the regulatory process from scratch. Additionally, NAR’s initiatives resulted in 47 senators filing a resolution to kill the legislation in the Senate. Temporary success was achieved on October 9 when the 6th Circuit Court of Appeals halted nationwide implementation of the rule. NAR continues to push for a legislative solution.

Protection of Homeownership and Real Estate Investment Incentives
NAR continues to educate Congress on the vital role real estate tax provisions play in the nation’s housing markets and economy. While comprehensive tax reform is not likely soon, Congress is exploring limited business-only tax reforms and current law provisions, such as Section 1031 Like-Kind Exchanges, that might be repealed or curtailed in order to “pay for” lowering tax rates. NAR, along with other interested stakeholders, has submitted letters to Congress’ tax-writing committees outlining its position on Section 1031 Like-Kind Exchanges and tax reform and continues to dialogue with Congress. NAR is also actively encouraging Congress to co-sponsor “The Mortgage Forgiveness Tax Relief Act,” which would extend the tax relief for an additional two years.

FHA Mortgage Insurance Premium Reductions Finalized
In January, President Obama announced that the Federal Housing Administration (FHA) would reduce FHA annual mortgage insurance premiums (MIP) by 50 basis points, a victory for NAR members who had called for lower fees since early 2014. NAR led a coordinated effort to educate the Department of Housing & Urban Development and the Administration about the critical need to reduce these fees. Additionally, NAR worked with 17 senators to submit a letter to HUD Secretary Castro asking that FHA premiums be set at a level that “balances both sustainability and affordability.”

Terrorism Risk Insurance Act Becomes Law
In January, the Terrorism Risk Insurance Act (TRIA) was signed into law, following NAR’s strong advocacy efforts supporting reauthorization, including an all-member Call for Action, visits to Congressional offices, letters to the House and Senate, and participation in the Coalition to Insure Against Terrorism (CIAT). As a necessary financing component of many commercial development projects, it was crucial that this legislation pass Congress as early as possible.