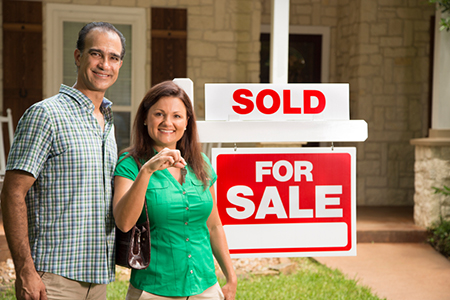 Following the housing market’s best year in nearly a decade, existing-home sales are forecasted to expand in 2016 at a more moderate pace as pent-up buyer demand combats affordability pressures and meager economic growth, according to National Association of REALTORS®Chief Economist Lawrence Yun in a newly-released video on his 2016 housing market expectations.

In the NAR-published video, Yun discusses his expectations for the U.S. economy and housing market in 2016 and points to pent-up demand, sustained job growth and improving inventory conditions as his reasons for an expected gain (from 2015) in new and existing-home sales.

Despite his forecasted increase in sales, Yun cites rising mortgage rates, home prices still outpacing wages and shaky global economic conditions as headwinds that will likely hold back a stronger pace of sales.

“This year the housing market may only squeak out 1 to 3 percent growth in sales because of slower economic expansion and rising mortgage rates,” Yun says in the video. “Furthermore, the continued rise in home prices will occur due to the fact that we will again encounter housing shortages in many markets because of the cumulative effect of homebuilders under producing for multiple years. Once the spring buying season begins, we’ll begin to feel that again.” 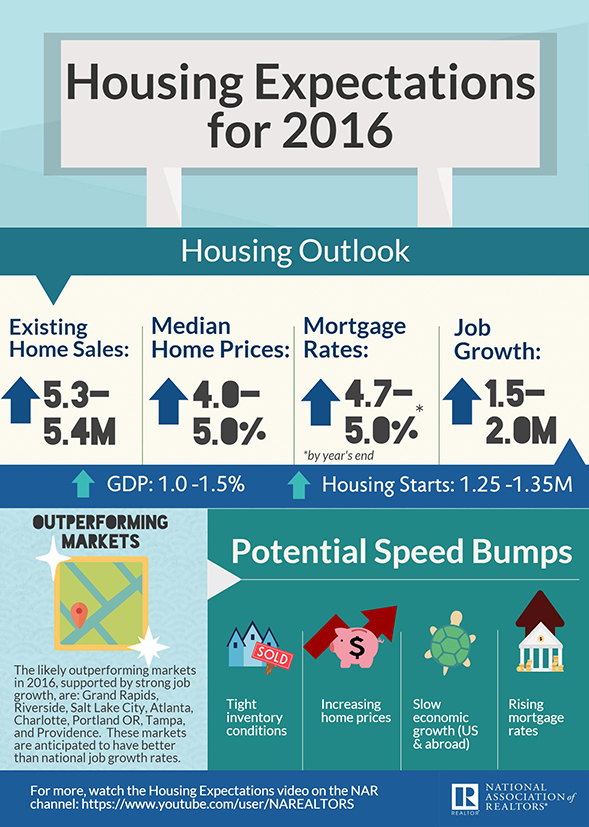