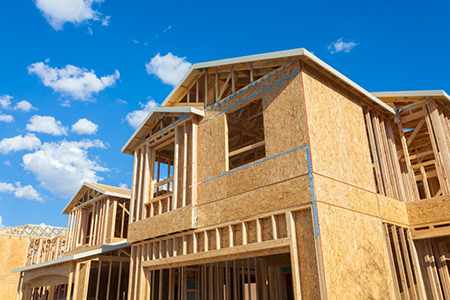 Total housing starts were up in 2015, weighing in at 1.11 million—that’s 10.8 percent higher than 2014. This information is based on the Census Bureau’s recent December 2015 data release, which allows us to look at 2015’s starts as a whole. Despite December being slightly down—2.5 percent to 1.15 million—the yearly status overall was positive.

“The dip in December housing starts shows the month-to-month volatility we’ve experienced in this report,” says Quicken Loans Vice President Bill Banfield. “All in all, we’ve made significant gains in 2015 as we closed out at the strongest calendar year for housing starts since 2007 – up 1.00 million units from 2014.”

“Starts were expected to increase in December because of the unseasonably warm weather, but instead they declined,” says realtor.com® Chief Economist Jonathan Smoke. “However, the monthly change was not statistically significant – the monthly data was too thin and noisy to give a clear reading. Even the year-over-year change in the December reading was not statistically significant. Starts were up 11 percent in 2015, and up in all regions but the Midwest, but single-family starts were up in all regions. Single-family construction finally grew at a double digit pace, nearly matching multi-family.”

According to the information, released in conjunction by the U.S. Census Bureau and the Department of Housing and Urban Development, single-family starts were up 10.4 percent to 715,300, with all four census regions experiencing increases in single-family starts.

“The permit readings were statistically significant, however, and permits remain higher than starts, which is a good sign for expansion ahead in new construction,” says Smoke. “Single-family permits were up 8 percent for the year, and were up in all regions. November permits were also revised up slightly. For the year, total permits are up 12 percent in all regions except for the Midwest. Despite the weaker than expected December readings, the trends affirm our view of solid but not record-breaking growth in 2016.  Demand for housing remains robust as a result of strong household formation.  We expect total starts to grow to 1.23 million in 2016, which would be an increase of 11 percent over the number initially reported for 2015. 1.23 million starts will be the highest year for starts since 2007.”