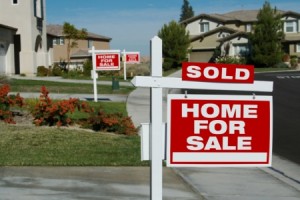 Recently released data found that December new home sales were up nearly 11 percent over November, and 9.9 percent over December 2014, according to the U.S. Department of Housing and Urban Development (HUD) and the U.S. Census Bureau.

The median sales price of new houses sold in December 2015 was $288,900; the average sales price was $346,400. The seasonally adjusted estimate of new houses for sale at the end of December was 237,000. This represents a supply of 5.2 months at the current sales rate.

“The best pieces of data in the new home sales report were that the median and average new home prices continue to decline, which is a result of builders offering more entry-level and affordable homes,” says Realtor.com Chief Economist Jonathan Smoke. “This is what we need to see if builders are aiming to grow sales to first-time buyers by providing more affordable, entry-level homes. However, prices had shifted up late this summer and early fall, and that’s also when new home sales weakened. If this decline in price holds, the 16 percent gain in new home sales we have forecasted for 2016 should come to fruition.”

“December’s jump in new home sales rounded out a year which witnessed a steady rise in the health of the housing market,” notes Quicken Loans vice president Bill Banfield. “While still depressed from a historical perspective, we should be encouraged about the continued housing recovery going into the bulk of 2016.”