Housing and Tax Reform: Where Could the Impact Land?

Homebuyers and homeowners are anticipating fallout from the Tax Cuts and Jobs Act, which has changed homeownership incentives, including the deductions for mortgage interest and state and local taxes.

How deep the effect is hinges on location, according to new research.

With the bill’s new provisions, the mortgage interest deduction (MID) is applicable to loans of up to $750,000 (down from $1 million), and state and local tax (SALT) deductions are limited to $10,000. An analysis conducted recently by HouseCanary, provider of predictive real estate analytics and insights, determined that 82 percent of lost MIDs under the new laws are concentrated in 10 metropolitan statistical areas (MSAs), including four California MSAs and four East Coast MSAs. 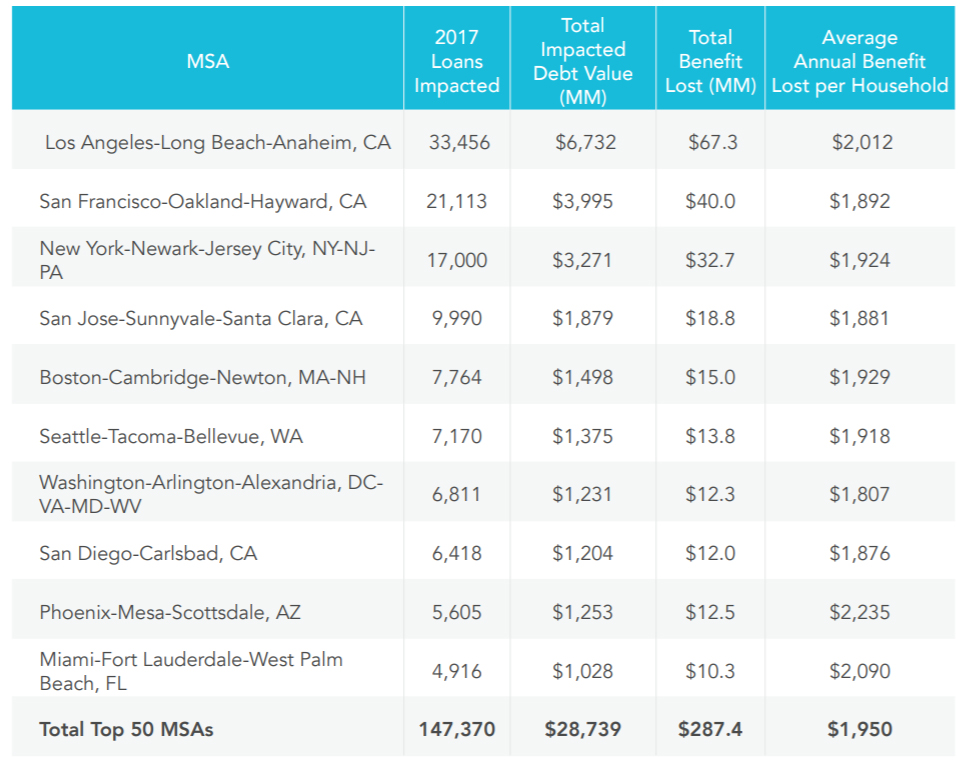 All told, 6.4 percent of loans between $750,000 and $1 million could be affected by the changed MID, or $287 million in deductions lost total, the research reveals.

In the case of the deduction of state and local taxes, including property taxes, 66 of the 3,134 counties in the U.S. could be impacted, the research shows. Bearing the brunt could be Boston, Mass., New Jersey and New York, where citizens could depart for lower property taxes in other states.

“The recent tax bill clearly addresses some key deductions for many current and potential homeowners, yet the overall net effect on the nation’s housing picture is harder to discern,” says Alex Villacorta, executive vice president of Analytics at HouseCanary. “On the surface, the reduction in the caps for the mortgage interest deduction (MID) seem to squarely target the higher end of the nation’s housing inventory, specifically those homes valued between $750,000 and $1 million. Throw in the caps to the state and local taxes deductions, and even more force is added to the headwinds for homeownership.

“Yet, for most homebuying consumers, there may actually be real tax savings that could potentially assist acquisition of the necessary down payment for homeownership, something that has been elusive for many new entrants into the market,” Villacorta says. “What we do know at this point, however, is that this new tax bill will add another layer of uncertainty to a market that has been searching for some semblance of normal since the euphoric run-up and near economic collapse of the housing market over the last decade. The new normal of today’s market dictates that all market participants—buyers, sellers, lenders, and investors—will have to be vigilant at a granular level to better understand when or if this tax bill, or any other factor, affects their property’s market value.”

Thirty-three percent of Americans approve of the Tax Cuts and Jobs Act; 55 percent disapprove, according to a Gallup poll in January. More than 35 percent of respondents to a December realtor.com® survey were “concerned” about homeownership in light of the reform.