Another June has almost come and gone as summer is underway. June isn’t just National Homeownership Month here in the States, it’s also known around the world as Pride Month, and we are headed into the crescendo of the celebration with cities like New York City, San Francisco and Toronto hosting major Pride parades that are expected to draw millions of marchers and attendees.

Our community has made strides since June 1969 when customers of the Stonewall Inn, the well-known New York City LGBTQ+ haven, launched the modern-day movement when they revolted against another discriminatory police raid. The following June, that Greenwich Village community gathered at the Stonewall Inn to mark the anniversary of what has become known as the Stonewall Riots.  This was impetus for June now celebrated as Pride Month.

I have traveled extensively this month and heard from so many of our members. It seems clear that people are extremely supportive of the LGBTQ+ community as crowds at Pride events are surging beyond pre-pandemic levels. Young people are driving rising awareness levels, and families are bringing their young children to learn, engage and support our community.

I can’t begin to explain the emotion of marching in a Pride parade. The music and pageantry are supported by people rows deep on the sidewalks delivering a constant roar of approval as you walk with your company, team, group, or organization. Rainbow flags, large and small, hang from storefronts and balconies, and are waved enthusiastically. For the LGBTQ+ community, many of whom have been ostracized, discriminated against, and have not had the same opportunities as others, this powerful show of support is critically important. It literally generates an emotional high that, for many, is enough to get them through the year.

Remember, Pride events are for everyone! Of course, there will be members of the LGBTQ+ community. After all, this is a place where we know we will be accepted and celebrated—it’s family and home. But Pride goes deeper than that. It is for parents with LGBTQ+ children, their siblings, relatives and friends. But Pride is for allies too; come one, come all, with open hearts and open minds. Many non-profits, businesses, and corporations—both local and national—sponsor Pride parades and events. For example, some of New York Pride sponsors this year include Hyatt, JPMorgan Chase, Nissan and Coca-Cola. Many have floats in the parade and encourage employees to march or attend events.

Marchers will always know if they are behind or ahead of a company or corporate entity. The cheers are magnified and portray a heartfelt “thank you!” For example, in New Jersey’s major event in Asbury Park, the New Jersey Education Association had a flatbed with a DJ filled with smiling, waving teachers and administrators. As the float moved slowly block by block, the cheers grew. The same for pharmaceutical giant Merck and even local plumbing and electrical companies. In Missoula, Montana, it was the same with the Missoula Organization of REALTORS® having a massive presence, along with several major hospitals, teachers, clergy, fire departments and businesses from across Montana.

And right there at every corner, there to ensure our safety, were police officers and private security with wide smiles.

You’ll see it all at a Pride parade. Spectators adorned head-to-toe with rainbows, flag squads, marching bands and amazing organizations like Free Mom Hugs. As this group of ally moms walk the parade, those in the crowd were drawn like magnets to get a hug; some even burst into tears explaining that their own moms are not supportive of them. It’s incredibly sad yet uplifting at the same time.

The parades are just one part of Pride events. Pride festivals are like street fairs, with exhibitors, vendors, food and entertainment. Other events can include conferences with speakers, concerts and more. No matter the size of the event, these have become increasingly large gatherings.

Which begs the question, why are there not more real estate companies, REALTOR® associations and ancillary services participating? Let me put it very simply. You should be there! We want you to be there. And based on how well-received the Missoula Organization of REALTORS® was in their parade, the public wants to see you there too!

No matter if you want to support your LGBTQ+ agents and staff, or simply want to publicly show support to the LGBTQ+ community, you will enjoy a golden opportunity to engage. Those who attend will see and notice you. And that support means even more to the LGBTQ+ community that has had to fight so hard for every advancement we have made.

And, no one will deny it, participating in Pride is an example of “cause marketing.” You are doing it TO BE recognized and hopefully to generate awareness and potentially business. That is perfectly acceptable, and it shows LGBTQ+ people and allies who line the parade routes that you’re truly “in it with action,” not just words or branding a pride flag on your website for a month.

But, if you do participate, you MUST be ready to be supportive all year long. And there is no going back. The LGBTQ+ community has become increasingly aware of firms that show up at Pride but disappear for the rest of the year. There is even a term for this behavior—“rainbow washing,” which is defined by Urban Dictionary as “the act of using or adding rainbow colors and/or imagery to advertising, apparel, accessories, landmarks…in order to indicate progressive support for LGBTQ equality (and earn consumer credibility)—but with a minimum of effort or pragmatic result.”

Because June is when the focus is greatest on the LGBTQ+ community, this is the month when we get this question repeatedly—“I want to be involved but how do I do it locally?”

I would encourage you to start your planning for next year now. Here are some suggestions:

To those already participating, THANK YOU! If you have upcoming Pride activities in your market, I encourage you to attend. It’s the best way to understand everything I shared above.

I want to close by again applauding the leadership at the National Association of REALTORS®, local, regional and state REALTOR® associations and all of our incredible partners for their support of the Alliance and the LGBTQ+ community. While they are there all year round and participate in our chapter activities, the LGBTQ+ First-Time Homebuyer Seminar, Housing Policy Symposium, our Experience: The Alliance conference, and so much more, they also point so much attention to us each June.

On behalf of the entire 2,500 members of the Alliance, THANK YOU!

Ryan Weyandt is the CEO of the LGBTQ+ Real Estate Alliance. 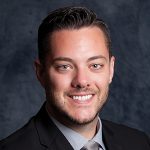 Ryan Weyandt is the CEO of the LGBTQ+ Real Estate Alliance.